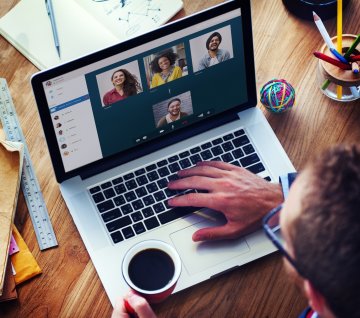 Judges in China have set a new precedent for dealing with cross-border disputes in the family jurisdiction; video calling is now being used to aid divorce proceedings.

After twenty months of litigation, a Moroccan-Chinese couple’s drawn out divorce was resolved using Chinese messaging app, WeChat. Judge Chen Wenjun, sitting in the Intermediate People’s Court of Nanjing in Jiangsu province, granted the couple a divorce on 18 September 2017 having conducted the hearing using WeChat’s video calling service. Lu, who resides in China, had met his Moroccan wife while she was in the country studying. He filed for divorce at the start of 2016 after his wife cut all communication and moved back to Morocco in 2015. In July, when the wife had still not confirmed that she would attend the hearing in two months’ time, Judge Chen decided to make use of WeChat to allow proceedings to continue quickly and in a manner convenient for both parties. Taking the photo of the wife provided on the marriage certificate as a comparison, Judge Chen was able to verify the identity of the woman on the video call, thereby conducting the hearing and granting the divorce without the need for her to fly to China from Morocco.

Of this case, Judge Chen said “the legal relationship between them is simple and the man just wants to dissolve his marriage as soon as possible...Through WeChat, we can ascertain the facts, at a low cost, and the defendant is more likely to attend the trial. It will help reach a verdict".

Given that a few comparable cases have also been resolved in this manner, it is clear that the Chinese courts are willing to use technology in this way where the divorce is a relatively straightforward one. In the case of the Chinese-Moroccan couple, there was no joint property and the couple had led separate lives for two years. In February this year, a couple who had been living separately in different cities for seven years, also finalised their divorce using WeChat in a trial that took twenty minutes. Judge Deng Chao stated that they will “continue to try to hear simple cases via video. But for complicated ones, couples will still be asked to show up in court”.

Here in the UK there has been a similar movement towards increasing the use of technology in family law proceedings. Technology can be used to make proceedings more efficient and accessible to all parties to a case. Applications like WeChat enable the courts to reduce waiting lists for hearings and reduce the time spent on each case, meaning individuals can reach a divorce settlement more quickly and with minimal inconvenience to either party.

Specific issue orders in child cases: changing children's names in an abuse case
This site uses cookies. Find out more. Continued use of this site is deemed as consent.   CLOSE ✖