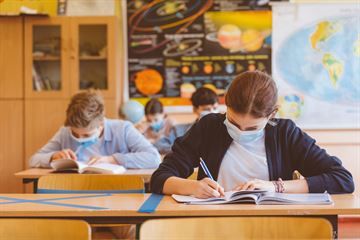 With lockdown restrictions lifting across many areas of the country, life is returning to some semblance of normality. As part of this process, a raft of new legislation is about to take effect, including specific rules for our new normal and some previously announced policies which are yet to take force. In total, there are six new policies which take effect in September, and one which has been cast into a new light, all of which are summarised below.

The winding down of the furlough scheme

The unprecedented government scheme, which supported over 9.5 million workers at a projected cost of over £80 billion, is due to end in October and is beginning to wind down. From Tuesday 2nd September, companies will now have to contribute to the wages of their furloughed workers.

When the scheme was introduced in March, the government covered the cost for 80 per cent of workers’ wages, up to a cap of £2,500. From today, this contribution will drop to 70 per cent, with employers having to top up the final ten per cent. The upper limit will also drop to £2,187.50.

The scheme is scheduled to end completely at the end of October, with Chancellor Rishi Sunak repeatedly ruling out an extension, saying it was “wrong to keep people trapped” without the prospect of a job to return to.

An extension to the eviction ban

The government has extended the ban on tenants being evicted by landlords until September 20. Before the COVID-19 pandemic, notice for eviction was only two months; since March, it has been extended to six months in most cases. Before this extension, the ban was due to end next week.

With pupils up and down the country returning to school, the government have released crucial new guidance relating to where and when pupils must wear face masks. Under this guidance, from September 1, staff and pupils will have to wear face masks when moving through corridors and communal areas if their school is located in an area under local lockdown.

In areas that are not specifically locked down, schools and colleges will have the power to enforce the wearing of masks in communal areas if they deem it appropriate or necessary. In order for these rules to be practical, and so as not exclude those without masks, schools are encouraged to build up a contingency supply of masks.

As with the general mask guidance, those with compelling medical reasons not to wear a mask will not have to. In the school setting, those who are providing assistance to a student who relies on lip reading or clear facial expressions will also be exempt.

Eat Out to Help Out ends

Alongside the winding down of the furlough scheme, Rishi Sunak’s flagship Eat Out to Help Out scheme has also ended. The scheme, which awarded diners 50 per cent off up to a cap of £10, was intended to support the ailing hospitality sector and encourage individuals to return to their favourite restaurants and bars. While the scheme ended on Bank Holiday Monday, many national chains and independent outlets are continuing to offer discounts.

As part of government plans to modernise the planning system, a raft of new reforms has been introduced. From September, full planning permission will not be required to demolish and reconstruct unused homes. Additionally, commercial and retail premises will be allowed to quickly repurpose without as much red tape as before, a plan which aims to promote the development of much needed homes and revitalise ailing high streets.

Homeowners will also be able to access a new fast-track approval process to add up to two additional stories to their properties. The aim of these new policies is to cut the time it takes for an application to be approved, with the government stating their goal is to halve the current average waiting time from 16 weeks to eight.

With the property market currently soaring after being constrained by the pandemic, the average time it takes for a house to be put up for a sale before it finds a buyer has fallen dramatically: from an average of 39 days in 2019 to just 27 days. In such a competitive marketplace, and with the potential for renovation now simplified, seeking expert support can help you to secure your new property before it is snapped up by someone else. The property team at Vardags are renowned for their speed and efficiency and are on hand to help make the process a far smoother experience for their clients.

The updating of the planning system is not the only new initiative which aims to support homeowners. Under a new government scheme, the Green Homes Grant, homeowners will be able to apply for a £5000 voucher to be used to make their homes more eco-friendly.

This could involve the installation of more efficient installation or the introduction of heat pumps which harness heat from the air or the earth to reduce emissions and heating costs.

There will be three different types of vouchers, offering different levels of saving, with the lowest income households potentially eligible for costs up to £10,000 to be covered by the government.

While this is not a new policy per se, the COVID-19 pandemic has refocussed attention on fines which can be handed out to parents who do not send their children to school. While the Department of Education said in May that parents would “not be fined for non-attendance at this time”, the Education Secretary, Gavin Williamson, said in June that returning to school was “compulsory.”

The schools minister, Nick Gibb, prompted further speculation when he said fines were being considered as a “last resort” for parents who continue to refuse to send their children to school.

Current rules allow local authorities to fine parents £60 for repeated non-attendance, which can rise to £120 if not paid within 21 days.

For divorced and separated parents, the issue of sending children back to school can become even more complex, particularly if parents disagree over whether it is safe for their child. So what can you do?

If parents share joint custody, there are three possible choices:

Vardags is experienced in all areas of family law, including all issues relating to children and parental responsibility. If you are involved in a dispute about whether to send your child back to school, it is advisable to seek out legal advice as soon as possible. Alongside supporting you throughout the process, having an experienced lawyer on your side will ensure the best outcome for your child.

Alexandra McCready discusses Johnny Depp's sensational libel case on ITV's This Morning
This site uses cookies. Find out more. Continued use of this site is deemed as consent.   CLOSE ✖