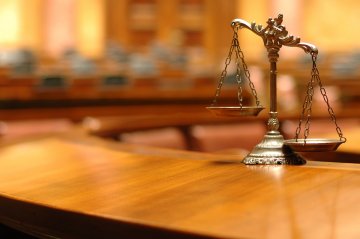 The President of the Family Division has released a statement confirming his support for the piloting of settlement conferences for public and private law children cases. He states:

“the pilot has my full support…I would like to encourage judges to consider adopting the pilot in their area”.

What is a settlement conference?

The judge hearing a settlement conference will be different to that of the trial judge and will be specially trained in dealing with hearings of this type. Settlement conferences are more informal than a final hearing, for example, the judge will come down from the bench to speak to the parties individually to try and get them to reach an agreed resolution. This will be a unique opportunity for parties to talk directly to the judge. Nevertheless, legal representatives will be present for guidance and support throughout.

Following its success in Canada, the scheme was piloted in Cheshire and Merseyside and has since expanded to other areas. The pilot is currently being evaluated by specialist social researchers from the Ministry of Justice Analytical Services. Participating judges and lay parties are being asked to engage in telephone interviews to explore their views and experiences of what went well and what did not work well.

Initial feedback has indicated that family judges would find training and further guidance helpful before participating in the pilot in their area. As a result, the courts and tribunal service have published a package of training and guidance materials including a training video, draft directions and an information leaflet for parties. The video is a film of two fictitious settlement cases that are based on real settlement conferences that have taken place in the courts of Cheshire and Merseyside. The process is depicted as being very relaxed, with the judge coming down from the bench and chatting informally with each of the parties. In the video, the judge draws attention to the “golden rule” of settlement cases:

The President has not denied that there has been some criticism of the scheme, stating “I know that opinions on settlement conferences are divided”. Indeed in July 2016, the Association of Lawyers for Children raised some particular concerns about the project stating that the “scheme will seriously undermine public confidence in the fairness and transparency of judicial decision-making in the family courts”. To name just a few of their criticisms, the ALC is concerned that:

Despite these criticisms, Sir James has indicated that settlement conferences remain an approach worth piloting in order to inform decisions on whether to take them further.

EU signs the “Istanbul Convention” on combating violence against women
This site uses cookies. Find out more. Continued use of this site is deemed as consent.   CLOSE ✖