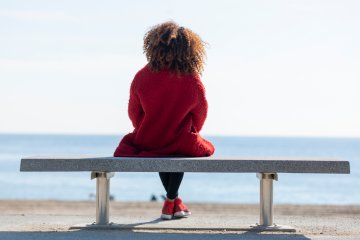 A safe bed has been found for a 17-year-old girl with significant mental health issues days after Sir James Munby, who presided over the case, decried the lack of provision for her. The case prompted a flood of media outrage, reigniting the conversation over the services (or lackthereof) available for vulnerable young people in the UK today.

The teenager, referred to as ’X’ in Sir James’ judgment, has made numerous "determined" attempts to end her own life while in a secure unit. X has been diagnosed with a personality disorder and borderline learning difficulties and, prior to being detained, had "regularly engaged in antisocial-criminal behaviours, having been arrested on numerous occasions and charged with offences of violence, including assaulting a police officer."

On 15 June 2017, when X was just a few days shy of her 17th birthday, Sir James was tasked with making a care order for the girl, her being due for release from the unit mid-August of the same year. This was rendered intensely difficult because the local authority had provided "no realistic care plan", and failed to identify suitable accommodation or which services should be available to her.

Though three ’contingency’ plans had been made in respect of X, each of these involved a return to the community, either within her home town or outside of it. By the local authority’s own admission, these plans failed to accommodate for the severity of X’s suicidal ideation and the risks she posed to herself and others. Indeed, Mr Simon Rowbatham, acting for X’s guardian, said in a position statement that carrying out such a plan "would be tantamount to negligence".

In the facility, staff observed X every minute of day, her having become "increasingly creative in her methodology" to harm herself. Staff at the unit told the guardian that, were X to be released to a community setting, they "do not think it will take more than 24 to 48 hours before they receive a phone call stating that X has made a successful attempt on her life."

Unfortunately, the court had just days to make a care order. This is because, under section 31 of the Children Act 1989, a care or supervision order cannot be made once a child has reached the age of 17. With X’s birthday looming, the clock was ticking.

At the June hearing, Sir James made a final order placing X in the care of the local authority, despite the lack of care plan. As a care plan befitting X’s extensive and complex needs would likely "involve a deprivation of her liberty", this would require judicial intervention from within the family division. The judge therefore made a directions order that the local authority would file and serve a risk assessment in relation to contact between X and her mother, with whom she has a difficult relationship, in addition to an addendum report from X’s psychiatrist and an appropriate care plan.

’Blood on our hands’: Munby’s intervention

On 31 July, per Sir James’ directions, the hearing was reconvened, with the aim of finally making arrangements for X, now 17, ahead of her release from her unit. Though the judge clearly conveyed the urgency of finding a new placement for X, this was not achieved. Despite what he called "unrelenting efforts both by the local authority and by other agencies", Sir James claimed he he "might as well have been talking to in the middle of the Sahara".

Put bluntly, this is due to the fact that there was simply no such placement available. Psychiatrists assessing X found that the most suitable option for X would be a placement in a low secure unit—an environment less restrictive than this would constitute a welfare risk, given her self-harming behaviours. Equally, a more restrictive setting would impinge on the guiding principles of the Mental Health Act.

X’s current conditions of care, as outlined in the judgment, makes for disturbing reading. The unit staff, along with CAMHS specialist clinicians have reconised that X’s current placement, where none of the staff have a medical background, is unsuitable. While Sir James does not fault the staff at the unit, he expresses concerns that her treatment as it stands could be in violation of articles 3 and 8 of the ECHR, which, respectively, prohibit "inhumane or degrading treatment" and protects the rights to a "private and family life".

There are six units in the country able to accommodate X’s needs. Yet not one of them will have a bed available for X for several months. Sir James called this lack of provision "disgraceful and shameful", symptomatic of a "well-known scandal" that the welfare needs of children and young people are not being met in one of the world’s wealthiest countries.

It is a disgrace to any country with pretensions to civilisation, compassion and, dare one say it, basic human decency, that a judge in 2017 should be faced with the problems thrown up by this case

With "bleak emphasis", he warned that if a suitable placement was not found before X’s release, "we, the system, society, the state...will have blood on our hands".

A day after the publication of Sir James’ excoriating and deeply passionate judgment, Dr Mike Prentice, medical director for the NHS North Region announced that an appropriate care setting for X had been identified, and that this would become available ahead of her release date.

Yesterday, Sir James handed down the fourth and most recent judgment in the case, approving the new care plan for X. On 10 August, one day before her scheduled release date, she will transferred to a new facility. Here, X will initially receive a bespoke package of care while the facility%27s Psychiatric Intensive Care Unit is "reconfigured" into a low secure unit, which can accommodate X and seven others with similar needs.

Though X is now set to receive appropriate care, the outcome is bitter sweet at best. Sir James expressed concerns that, had it not been for his judicial intervention, "the steps subsequently taken would have been neither as effective nor as speedily effective as appears to have been the case." He cautioned that "a mass of informed, if anecdotal, opinion indicates that X’s is not an isolated case and that there are far too many young women in similar predicaments."

Last month, the government pledged to create 21,000 new mental health posts, at a cost of £1.3 billion. Though plans to roll back on the significant cuts that have placed such significant strain on mental health sector over the last few years have been welcome, experts have warned that the scale of the challenge cannot be underestimated and that the proposals may not be sufficient to meet demand.

For some of the most profoundly vulnerable individuals in society—young people in situations similar to X’s—such reforms may prove to be too little, too late.

Experts' Group propose new Hague Convention on the cross-border enforcement of family law agreements
This site uses cookies. Find out more. Continued use of this site is deemed as consent.   CLOSE ✖