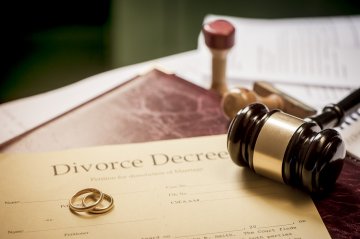 Family Division President Sir James Munby has recently had to publish interim guidance after "a number of cases have been brought to [his] attention where decrees nisi and absolute have been granted" in violation of the Matrimonial Causes Act (MCA) 1973.

Munby described two situations where divorce decrees were being granted in violation of the MCA. The first situation is one where "decree nisi and absolute have been granted notwithstanding that the petition has been issued within one year of the marriage." This is in breach of section 3 of the MCA, which states that "no petition for divorce shall be presented to the court before the expiration of the period of one year from the date of the marriage."

The second situation is one where the "decree nisi and absolute have been granted notwithstanding that...the relevant period prior to the presentation of the petition specified in section 1(2)(d) or 1(2)(e) had not elapsed." Sections 1(2)(d) and 1(2)(e) are concerned with two of the five circumstances that must exist for divorce to be granted; specifically that the couple have lived separately for "a continuous period immediately preceding the presentation of the petition" of divorce. When the parties are agreed, this period must be of at least two years. When there is no agreement, the party seeking divorce must prove that they lived apart for at least five years.

If a divorce decree had been issued in one of these situations, it would be legally void. This means that the couple would have to reapply for divorce and if the individuals concerned had got re-married, they would be unintendedly, unknowingly committing the crime of bigamy.

Resolution Chair Margaret Heathcote said "the fact that the President has had to issue this guidance suggests there are basic mistakes being made that simply shouldn’t happen." Munby suggested that the solution could be online divorce procedures which will not only save countless hours of court time, but should end these sorts of bureaucratic mistakes.

Steinfeld and Keidan crowdfund for civil partnership battle
This site uses cookies. Find out more. Continued use of this site is deemed as consent.   CLOSE ✖