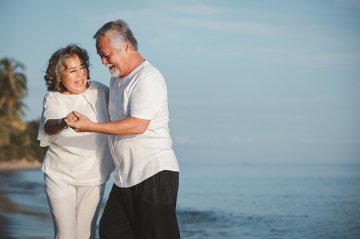 The rise in later-life divorces in England and Wales has been much publicised since the Office for National Statistics published its last figures on marriage and divorce. This trend doesn’t seem to be limited to our shores.

According to a Reuters report, South Korea has seen a sudden surge in divorces among couples of middle age and older. Divorces taking place after 20 or more years of marriage now account for over a quarter of all divorces. This amounts to 33,140 couples, a rise of 31 percent over the last ten years.

It seems that as the stigma of divorce has dissipated in recent years, older couples have become more willing to divorce. It may also be due to a ruling by the South Korean Supreme Court last year, which set a precedent for women sharing more equally in the fruits of the marriage. Women who have been homemakers are now entitled to a share of their husband’s pension.

South Korea has had a conservative approach to marriage and divorce. Before a couple can divorce, they must undergo a three-month ’cooling-off’ period, attend marriage counselling and attend classes. However, South Korea does offer uncontested divorce by consent, placing it ahead of England and Wales in that regard.

The rise in older divorcees has led to an increase in the number of women in employment – just shy of 50%. There’s also been an increase of women over the age of 50 in employment, indicating a general shift towards greater independence for women in South Korea.

You can see an infographic on so-called ‘silver splitter’ divorces in England and Wales here.

“Fraud unravels all”: Supreme Court allows both appeals for Sharland and Gohil cases
This site uses cookies. Find out more. Continued use of this site is deemed as consent.   CLOSE ✖