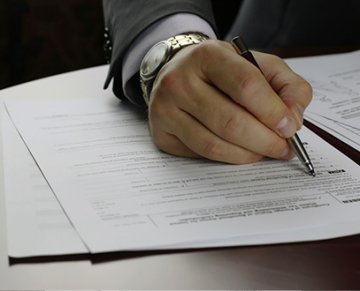 The case of Marley v Rawlings, decided by the Supreme Court last month, reminds us that signing the right will is important.

At the end of a stressful deal, when you are faced with a pile of contracts to sign, it is important to make sure you sign the right documents. A will is no different to a contract, in that it is supposed to bind your executors to carry out your wishes.

In the case of Marley v Rawlings, the husband signed his wife’s will, and the wife signed her husband’s will, by mistake. When the wife died, this was not noticed, but when the husband died, the husband’s sons challenged the will, because they had been left out of it.

You might think it is simple to remedy this error, but the formalities for signing wills are very strict. The law governing wills states clearly that the will must be signed by the testator, i.e. the person whose will it is. The sons argued that their father could not have approved of the will if he had not signed it. The Court of Appeal agreed with the sons.

The judges in the Supreme Court disagreed. They said that in the same way that you interpret a contract, you must look at the intention of parties. You must also look at the overall purpose of the document, and apply common sense. They decided that you could rectify the mistake in the will so that the executors could obtain a grant of probate.

The final decision may seem obvious, but the winning party still had to go all the way to the Supreme Court, in a case that was only worth £70,000.

Inheritance law and divorce
This site uses cookies. Find out more. Continued use of this site is deemed as consent.   CLOSE ✖