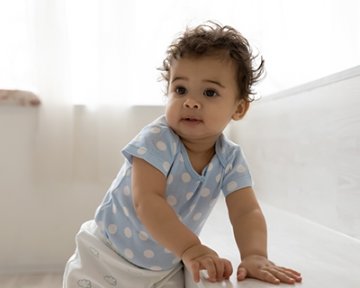 Earlier this month, former The View co-host Sherri Shepherd lost her appeal to the Pennsylvania Supreme Court, as she was found to be the legal mother of her surrogate son, born in August 2014 shortly after her marriage failed.

In July 2014, Shepherd’s ex-husband Lamar Sally petitioned for full legal custody of the child, and has been raising the boy since his birth. Shepherd has no biological connection with the child, and attempted to distance herself from all parental responsibility, firstly by trying to void the surrogacy agreement in its entirety despite spending more than $100,000 to arrange the process, and then in fighting to keep her name off the birth certificate once the child was born.

After the birth, Sally moved with the child to California, and child support proceedings were initiated. In May 2015, a Pennsylvania court declared the gestational carrier contract to be legally enforceable and therefore that Shepherd was the child’s mother. She was subsequently put on the birth certificate and ordered to contribute financially to the child’s upbringing until he is 18 years old.

Since this ruling, Shepherd has been paying just over $4000 a month in child support to her ex-husband, despite never having seen the now 18-month-old. Shepherd instantly sought to appeal the ruling, and claimed, perhaps misguidedly, that the Judge had “overstepped his boundaries in using a surrogacy contract to make her the mom” when she is not biologically related.

Shepherd’s refusal to be named as the biological mother of the child at his birth initially meant that the surrogate (who also has no biological connection to the child as a donor egg was used) was listed as the mother. The hospital therefore held the surrogate to be legally responsible for the child she was carrying, despite carrying the child purely at the request of Shepherd and Sally, and responsible for all the medical bills incurred (which Lamar Sally graciously appropriated).

Shepherd appealed the court decision to pay maintenance in November 2015, and lost, and then appealed to the Pennsylvania Supreme Court who have now refused to hear the case, upholding the original decision. The ruling of the lower court is the first of its kind in the state of Pennsylvania, declaring surrogacy contracts to be legally binding. Surrogacy advocates have supported and revered this ruling stating it is important that surrogacy contracts be enforceable.

During the appeal hearing last year, Sally’s lawyer told reporters “you cannot walk away from this baby just because your marriage failed.” He also accused Shepherd of deliberately bringing the case to Pennsylvania “instead of New Jersey where she lives, because there are no laws…for or against surrogacy here, so is trying to get it outlawed in this state just to avoid paying child support.”

If Shepherd had succeeded in her appeal, the ruling could have had far-reaching affects for couples looking to surrogacy as their only means of having a family in the state of Pennsylvania. Her behaviour has therefore been viewed by many to be grossly irresponsible. Surrogacy would have become a nonviable option for couples, with surrogacy contracts initiated in other states being difficult to enforce.

The actress who is reportedly worth at least $10 million, with her annual salary from The View alone reported as approximately $1.5million, was willing to destroy the chances of couples across the state of Pennsylvania just to avoid paying maintenance to her ex-husband that at its present value would come to less than 10 percent of her current financial worth in the 18 years of the child’s life that she is obligated to pay for.

Now that the two years of court battles is over Sally has stated that he is happy he can now just “fully focus on raising my son” who will be two years old this August.

The 48-year-old actress, is the biological mother of a 10-year-old son from a previous marriage, and has had no qualms about being his mother or providing for him.

Child protection within the family: a case study
This site uses cookies. Find out more. Continued use of this site is deemed as consent.   CLOSE ✖