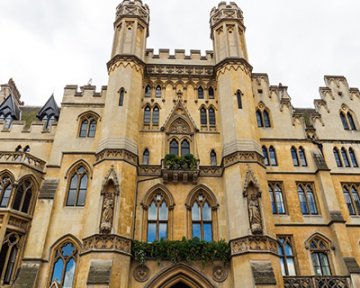 On 14 October 2015, the UK Supreme Court handed down judgment in the case of Sharland v Sharland.

Mr (H) and Mrs Sharland (W) separated in 2000, after seventeen years of marriage. During the course of a High Court hearing in which both W and H gave evidence, an agreement was reached. The terms of a draft order were settled and approved by Sir Hugh Bennett. However, W later discovered that, contrary to his evidence, H had been in talks with investment bankers in New York City as part of active preparations for an initial public offering of a successful company. W’s solicitors made an urgent application to the court not to seal the order.

Sir Hugh Bennett held that H should have disclosed his meeting with the investment bankers in NYC. Despite the talks with investment bankers not resulting in an actual sale of the shares, H’s non-disclosure was material and might have affected the outcome of W’s financial claim. Although Sir Hugh Bennett ordered H to provide an affidavit to assist in the judgment, he ultimately held that any Order he would have made would not have been substantially different from the draft order agreed by the parties. W’s application to resume her claim for financial relief was dismissed.

W appealed to the Court of Appeal. There she argued that, had H given full and frank disclosure she would have ’raised her sights’ and not settled for the sum she did. She told the Court of Appeal that she wanted the opportunity to have H cross-examined on the contents of the affidavit. The Court of Appeal dismissed her claim on the basis that the Order would not have been substantially different and therefore the non-disclosure was not material. Notably, the decision was not unanimous. Lord Justice Briggs, dissenting, said that wherever there was a fraud the judgment should be set aside as ’fraud unravels all’.

1. What is the impact of fraud on:- i. an agreement to compromise ancillary relief proceedings; and/or ii. a consent order made following such agreement? iii. Is it different from, or the same as, it would be in other civil proceedings? 2. In proceedings for ancillary relief, does fraud give rise to separate remedies to those available in other instances of non-disclosure? 3. Where either fraud and/or material non-disclosure is established, does the refusal by the court to rescind the order (and so reinstate the trial process) wrongly derogate from the victim’s right to a fair trial?

The Supreme Court unanimously held that the appeal be allowed on the grounds that fraud unravels all.

The Supreme Court held that Sharland was a case of fraud, and as such, “it would be extraordinary if the victim of a fraudulent misrepresentation, which had led her to compromise her claim to financial remedies in a matrimonial case, were in a worse position than the victim of a fraudulent misrepresentation in an ordinary contract case”. In such cases, the family court is “in no position to protect the victim” as the fraudulent non-disclosure deceives the court too. As a result, fraud should “unravel all”.

The test for setting aside an order of fraudulent non-disclosure

Fraud will unravel all, with materiality assumed, and the victim will be entitled to make an application to the court to set aside the order. The exception to this will be occasions where the court is satisfied that, at the time when it made the consent order, the fraud would not have influenced a reasonable person to agree to it, nor, had it known what it knows now, would the court have made a significantly different order, whether or not the parties had agreed to it. The burden of satisfying the criteria of the test will fall to the perpetrator of the fraud.

Livesey v Jenkins remains good law: the court has the power to set aside an order where it can be shown that (i) the non-disclosure or misstatement vitiates the agreement or order; and (ii) had the non-disclosure/misstatement not occurred, the court would have made a substantially different order from that which it did make. The burden of satisfying these criteria will fall to the person making the application.

This is a long-awaited and welcome decision. At last, the Supreme Court has sent a clear message that the court will not assist fraudsters. In an area where it is incredibly common for one party to be financially and emotionally vulnerable, the decision from the Supreme Court is welcome, and stands as a stark warning to any spouses who attempt to mislead the court and their former spouses as to their financial position, just to avoid the financial settlement to which the other party would undoubtedly be entitled.

Much of the media in the run up to this decision has focussed on the ’unfairness’ of the parties to family proceedings as misrepresentation and lies render contracts in other areas void. The Supreme Court addressed this and explained the difference between agreements reached in civil and family proceedings. A consent order in matrimonial proceedings, unlike ordinary civil proceedings, derives its authority from the court and not from the consent of the parties. Further, the duty of full and frank disclosure in the family courts is not universally applied in civil proceedings. The duty to disclose in family proceedings remains even after an agreement has been reached and until the Order has been sealed by the Court.

While the Supreme Court encouraged settlement by agreement as opposed to an ’adversarial battle’ in court, they reminded parties that it was not possible for any agreement to “oust the jurisdiction of the court”. The court’s role in such situations will be to ensure, for public policy reasons, that the agreement makes proper provision for dependent family members.

Note for practitioners and litigants

It is expected that this decision will open the proverbial floodgates for litigants looking to set aside consent orders where they believe fraudulent non-disclosure resulted in the agreement. Lady Hale used her judgment to provide guidance for practitioners and litigants making such applications by advising that “it is clear, therefore, that an application of this sort can be made either by way of an appeal or by way of an application to a first instance judge”.

To overcome difficulties with the specific criteria and the issues which are likely to arise in the making of such applications, the Supreme Court stated that “A Working Party of the Family Procedure Rule Committee is currently considering the whole issue”. We will write about this once more is known.

It will be interesting to see where the lines are drawn on what constitutes fraudulent non-disclosure, and the type of cases which can be remitted for financial remedy proceedings starting from scratch and those where isolated issues may be dealt with.

Court of Appeal rejects plea for pension equality
This site uses cookies. Find out more. Continued use of this site is deemed as consent.   CLOSE ✖