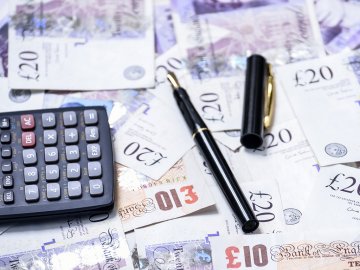 In family law there are three guiding principles for financial awards on divorce: sharing, needs and compensation. This stems from the ground-breaking case of Miller; McFarlane UKHL 24, which changed the landscape of family law.

Whilst ’sharing’ and ’needs’ are always both discussed and invoked, cases applying the principle of ’compensation’ for economic disparity arising as a result of the way the parties conducted their marriage, are few and far between.

In SA v. PA EWHC 392 (Fam), Mostyn J determined that the wife was not entitled to compensation for having sacrificed her career to care for the children in order that her husband need not, and he clarified the law in this regard.

He also went through the current law applicable to prenuptial agreements (which the Vardags Supreme Court case of Radmacher v Granatino helped to shape). He held the parties to their prenup, subject to additional maintenance for the wife, which the agreement had ignored.

The parties had been married for 18 years and had entered into a prenuptial agreement in The Netherlands the day before their wedding. The wife was requesting deviation from the prenuptial agreement, and claiming that she should receive compensation for giving up her career to care for the parties’ four children, enabling her husband to continue with his career. Mostyn J, after reviewing the case law, concluded that the law in respect of compensation is as follows:

ii) this will be where the court can say with near certainty that the claimant gave up a very high-earning career, which would have led to earnings at least equivalent to that presently enjoyed by the respondent

iv) if these requisite factors are present, compensation will be reflected by fixing the maintenance award towards the top end of the discretionary bracket applicable for a needs assessment on the facts of the case. Compensation ought not to be reflected by a premium or additional element on top of the needs based award, therefore.

The compensation principle was introduced by McFarlane v. McFarlane UKHL 24 where the wife had given up an eight-year career (in an 18-year relationship) as a solicitor, during which she earned as much as, and for a period more than, her husband.

Her husband went on to earn nearly £1 million per annum. This was the type of “rare and exceptional case” of which Mostyn J spoke. In the case of SA v. PA, the wife had no appreciable work track record, although she had qualified as a solicitor. The husband was a magic circle solicitor earning £600,000 net per annum. The above criteria were not satisfied.

Mostyn J also shared his view that the compensation principle is “extremely problematic” because (a) ’compensation’ tends to denote a payment by a wrongdoer to a victim which seems inappropriate when a spouse has voluntarily given up work; (b) one has to speculate on what would have been had the career not been sacrificed; (c) the exercise is arbitrary, as a spouse who gave up a much-loved career that did not pay well will never receive compensation but one who sacrificed a well-paid one might; and (d) it is very difficult to compute predictably the amount which should be awarded as compensation.

Turning briefly to pre-marital agreements, Mostyn J noted that as a result of the landmark case of Radmacher v Granatino 1 AC 534, in which Vardags acted for the successful party, the law has changed so that now the courts should give effect to a “nuptial agreement that is freely entered into by each party with a full appreciation of its implications unless in the circumstances prevailing it would not be fair to hold the parties to their agreement”. The first two strands of this test were satisfied in this case; however, as the pre-nup was silent in respect of maintenance (essentially just saying that jointly-created capital would be shared equally and other capital kept separate unless put in joint names), it was not fair to hold the parties to it entirely. The capital part was applied but Mostyn J awarded the wife additional maintenance.

There will be those who do not consider it fair that the non-working spouse will only in exceptional cases receive compensation for having sacrificed his or her career. On the one hand, I am inclined to agree with Mostyn J in this regard, however, and am glad he has confined such instances to the fulfilment of a narrow set of requirements. A wide remit would surely involve the courts engaging further in the discouraged act of ’crystal ball gazing’ for, as Mostyn J said, a compensating award is “based on a guess founded on a vision that events that did happen, did not happen, and events that did not happen, did”.

Further, on a less practical note, in the majority of cases, it remains unclear why one should be compensated for sacrificing a career if this was what one chose to do at the time, as Mostyn J stated. This does not seem to be an accurate description of a victim who needs compensating.

Finally, and for me most importantly, giving a spouse who has sacrificed a lucrative career compensation and providing none to one who gives up a lesser-paid role discriminates between people based on their earnings. This seems to fly in the face of White v. White, which established that there should be no bias in favour of the money-earner and against the home-maker and the child-carer; such contributions should be deemed equal.

On the other hand, however, applying Mostyn’s J’s scope rigidly could result in injustice in certain cases. The situation I am envisaging here is if, for instance, there is no marital capital, only income, and so, in the absence of a compensation element, the financially weaker party would only get needs-based maintenance. If the financially stronger party was able to generate this income stream directly and only as a result of the other party sacrificing his or her career, surely this needs to be reflected in the latter’s award. Compensation is a logical way of ensuring justice where sharing is not an option.

The Rome III Regulation
This site uses cookies. Find out more. Continued use of this site is deemed as consent.   CLOSE ✖