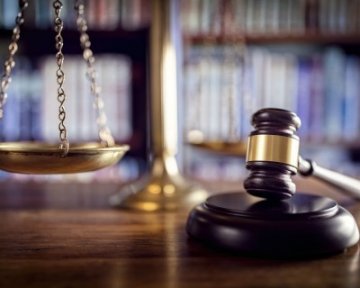 In recent recommendations, Dr Elham Manea, an advisor for the Homes Affairs Select Committee, proposed a specialised unit be created to protect the rights of Muslim women. She has advocated for mandatory civil marriages alongside religious ceremonies and recommends that Imams who violate the rules are sanctioned.

Dr Manea, who is an associate professor in Middle East studies at Zurich University, spent four years researching the UK’s sharia councils and published a book on her findings. In that publication, she argued that introducing a unit within the UK court system that can deal with Islamic divorces would make “inherently discriminatory” sharia councils redundant.

Under sharia law, men can divorce their wives by unilaterally pronouncing talaq three times. However, women must obtain a decree via the courts or give up their rights to a financial claim by seeking a divorce from a religious judge.

It is estimated that there are 85 sharia councils in the UK. The councils are not overseen by the judiciary and have no powers of enforcement but for those that use them, they are culturally and religiously binding.

Dr Manea explained to a recent Commons inquiry that a significant number of women who attend sharia councils have not formalised their marriage under British law and therefore are often forced into conceding their civil rights so that they can obtain an Islamic divorce.

The UK’s first female sharia judge told BBC 4 last week that sharia councils were a “necessary for people who do not have a recourse to the civil courts because their marriages are not recognised”, and that such women would be left in limbo if they were no longer used to deal with divorce. Despite this, Dr Manea and a number of other women’s rights groups, maintain that sharia councils should be abolished to encourage equality amongst Muslim women. Dr Manea feels that the UK should follow in the manner of Tunisia and Morocco whereby a religious divorce automatically follows a civil divorce.

Nus Ghani, who also sits on the home affairs select committee and initially pushed for the Commons inquiry, said: “Under sharia, men are in charge and women are treated as their property. That does not sit well under British law and cannot go unchallenged…We can’t have a system where we are championing equality for women on one hand and but on the other overlooking a whole section of society – vulnerable women who happen to be Muslim.”

As reported in The Guardian, The Muslim Law (Sharia) Council UK in Wembley says it has always encouraged the civil registration of Islamic marriages in the UK. Its executive secretary, Moulana Raza, said: “We strongly believe this is the only way of securing financial and legal rights of married Muslim women in the UK. We would welcome any action in this respect by the government.” Mr Raza added that, “Councils are thriving because there is no other authentic and credible mechanism for Muslim women to obtain an Islamic divorce. If the government offered an alternative, 90% of the work of sharia councils would end”.

Whilst it remains to be seen whether Manea’s recommendations impact the UK legal system in any real way, her findings highlight an important sector of society who are being denied access to a fair financial settlement at the end of their marriage.

Can consuming pornography increase your likelihood of divorce?
This site uses cookies. Find out more. Continued use of this site is deemed as consent.   CLOSE ✖