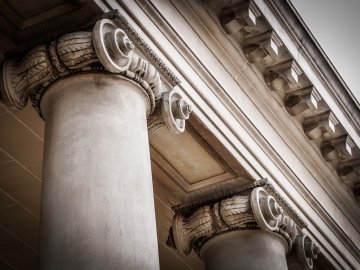 Vardags director Christopher Hall has reported on the introduction of the Law Society’s new practice note for solicitors, which offered guidance on how to advise on the drawing up of wills in accordance with Sharia law. Following some very vociferous opposition, the practice note has now been withdrawn.

The Law Society president, Andrew Caplen, apologised for its introduction in a statement: “We reviewed the note in the light of criticism. We have withdrawn the note and we are sorry".

When it was first announced back in March 2014, the practice note was met with substantial media attention. The Telegraph in particular described the move as “effectively enshrining aspects of Islamic law in the British legal system”, which is not wholly accurate. It was even published under the misleading title ‘Islamic law is adopted by British legal chiefs’.

The rationale behind introducing the guidance was to enable solicitors to cater better to the needs of clients from diverse cultural backgrounds. However, it is not strictly necessary for a solicitor in England and Wales to have formal knowledge of Sharia succession practices in order to advise on a will for a Muslim client.

The Wills Act of 1837 allows substantial testamentary freedom when it comes to deciding upon beneficiaries, and a person drawing up a will in England and Wales can choose to snub their kin and leave all their worldly goods to a cat charity if they so wish. This is not universally the case: in France, for example, at least some portion of an estate must be bequeathed to children or other relatives.

The upshot of this is that a Muslim client may well wish to draw up a will that adheres to Sharia traditions, such as offering female heirs only half that of their male counterparts, or disinheriting ‘illegitimate’ children entirely, and have it be perfectly compliant with English law. The rub of the objections to the guidance, therefore, hinges on the idea that solicitors may find themselves in a position where they are advising clients on how best to go about making their will Sharia compliant while also being enforceable under English law, thereby facilitating or promoting religious practices.

Members of the National Secular Society and the Lawyers’ Secular Society welcomed the practice note’s removal, having campaigned against it since it was first published in March 2014. The LSS secretary Charlie Klendjian objected to what he described as the emergence of Sharia as a “de facto parallel legal system”.

Justice Secretary Chris Grayling expressed reservations about the guidance, but was more reserved. He reiterated that, “wills in England and Wales are governed by English law, regardless of your religion, and this permits people to leave their possessions to whomever they choose".

Vardags, being a family law firm with a private client string to its bow and a thoroughly international, cross-jurisdictional outlook, has experience of dealing with cases where parties have entered into Islamic and Jewish marriages and/or divorces, and want to make or defend claims in England under English law.

Law Society publishes practice note on Sharia law wills
This site uses cookies. Find out more. Continued use of this site is deemed as consent.   CLOSE ✖