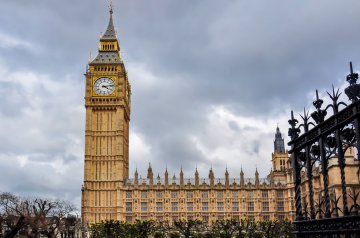 The Home Affairs inquiry into UK Sharia law councils began this week with evidence-gathering commencing on Tuesday. The Select Committee are focusing the inquiry on the treatment of women in cases involving divorce, domestic violence and child custody disputes. Sharia councils, of which there are an estimated 85 in the UK, are unregulated, have no jurisdictional powers and should only be operating in an advisory capacity. However there are fears they are increasingly straying into areas of family and criminal law. Below is a summary based on the transcript of what was said in the Thatcher Room of Portcullis House on Tuesday.

For the most part the witnesses found themselves in agreement that there had to be change, in regards to both discriminatory practices against women and lack of regulation. Zlakha Ahmed noted that there were behaviours that “need challenging”. While esteemed academic Dr Elham Manea lamented that “many women of Islamic faith are left in a system that more or less abuses them”. However witnesses disagreed on which was needed – reform or abolition. The characterisation of Sharia in the UK offering a parallel legal system was presented both as the most worrying feature and a misrepresentation made by the right-wing press. There was also debate about the integration of civil and religious law. From the first panel Zlakha Ahmed and Shaista Gohir supported reform while Maryam Namazie, spokeswoman for the One Law for All campaign recommended abolition. Dr Manea called for reforms that would lead to the state supporting religious marriages and render the courts more or less redundant.

Much of the discussion focused specifically on Sharia divorce. As Shaista Gohir pointed out, 90% of a Sharia court’s caseload is religious divorce. Muslim men can instantly dissolve religious marriages by renouncing their wife three times so the vast majority of people attending to Sharia councils are therefore women for whom the triple talaq divorce is unavailable. Ms Gohir pointed out that Sharia divorce is not operated solely by Sharia councils and that Sharia divorce rather than the councils themselves was at the heart of the issue. Zlakha Ahmed insisted on the important role religious divorce had in the lives of Muslim women in the UK. She explained that Sharia councils offered women the religious sanction they needed to leave unhappy marriages in the eyes of their community and their family. Miranda Fisher, a family lawyer in the second panel also deemed the courts “necessary as the law presently stands”.

Shaista Gohir, the Chair of Muslim Women’s Network UK suggests reform of Islamic marriage itself arguing that problems would be solved if the delegated right to divorce was written into marriage contracts. Dr Manea offered another solution to what she saw as women being “pushed to use a certain parallel system of justice”, calling for UK courts to issue Islamic divorces and advocated for mandatory civil marriages alongside religious ceremonies. Ms Fisher explained to the committee that in current English family law it is not possible for women who have gone through these non-marriages, these religious-only ceremonies, to make any application to the English family court for financial remedies. Indeed concerns were raised by the committee about widespread ignorance about the status of religious marriages. It was suggested that many Muslim women had religious marriages, unrecognised in English law, and perhaps weren’t even made aware that they had none of the protections of a civil marriage.

The second panel delved specifically into the interaction of Sharia and English family law. Ms Fisher explained that one reason for the widespread use of these councils could be found in the English family courts. She suggested that the underfunded courts and High Court waiting times was contributing to an enthusiasm for alternative dispute resolution methods.

“They are not courts; they are councils. They are an alternative dispute resolution and mediation medium” Ismet Rawat, the President of the Association of Muslim Lawyers insisted. It was a point of tension in proceedings, as he took the committee to task for their terminology. It was a moment of deja vu, after Ms Gohir and Ms Namazie had disagreed in the previous panel.

“They call themselves courts and judges, a parallel legal system”, Ms Namazie had emphasised, with Ms Gohir interrupting to object. The extent of the council’s reach remained a point of great contention.

The third panel dealt with the regulation of the councils themselves. Representatives from the UK Board of Sharia councils explained their mission to do this and their desire to go further, this was unanimously agreed to be a good thing .

The inquiry remains controversial, and several signatories have expressed their concerns in the press this week.

It is difficult to pin down what the upshot of these discussions might be but greater regulation of councils seems inevitable. We may well yet see Dr Manea’s suggestions come to welcome fruition with civil marriage made a mandatory requirement for a religious marriage and the Divorce (Religious Marriages) Act 2002 extended to Islamic marriages.