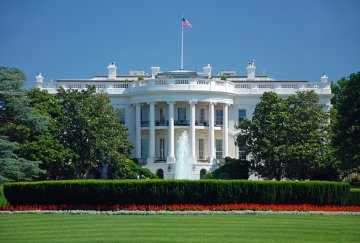 It was revealed on Friday that Anthony Scaramucci’s wife Deidre Ball filed for divorce before he took up his short-lived post in the Trump administration. At the time, she was nine months pregnant with their second child, who was born last week.

New York divorcees Deidre Ball, 38, and Anthony Scaramucci, 53, met six years ago and married in 2014. Ms Ball was vice president in investor relations at Mr Scaramucci’s investment firm, SkyBridge Capital, which he founded in 2005. It is thought that Mr Scaramucci’s sale of his stake in the business to a group led by a Chinese conglomerate earlier this year was in preparation for joining President Trump’s team.

On Friday, Page Six reported that Ms Ball approached a lawyer about divorce in late June because she was “tired of his naked ambition, which is so enormous that it left her at her wits’ end.” Known to be “not a fan of Trump” the source reports that the last straw for Ms Ball was Mr Scaramucci’s placement in the White House. Ms Ball allegedly missed her New York lifestyle and resented being involved in the “insane world of D.C”. However, the New York Times reports that Ms Ball’s lawyer, Jill Stone, has insisted that the divorce is “nothing to do with Trump” and that it is instead a “private matter”. The lawyer also rebuffed the rumour that Mr Scaramucci merely texted his estranged wife “Congratulations, I’ll pray for our child” after she gave birth.

In response to the news breaking about his wife’s divorce petition, Mr Scaramucci tweeted to advise people to stay out of his business:

"Leave civilians out of this. I can take the hits, but I would ask that you would put my family in your thoughts and prayers & nothing more" "Family does not need to be drawn into this. Soon we will learn who in the media has class and who doesn’t. No further comments on this."

‘Gucci Scaramucci’ (as he was called by George W. Bush), took up his post as the White House communications director last week, flying out in Air Force One with the president the same day his son was born. He was intended for a senior role in January but the then White House chief of staff, Reince Priebus, is said to have blocked his appointment. Priebus himself was shown the door on Friday and replaced with John F. Kelly on Monday in yet another shake-up to Trump’s administration.

Continuing the chaos, Scaramucci was fired yesterday after already becoming notorious in the press after the snap resignation of Sean Spicer and his tirade of obscenities about White House staff. Having spent fewer than ten days in his new role, ‘The Mooch’’s outlandish showmanship has landed him out of favour with his braggadocious idol.

As Ms Ball’s lawyer claimed, it may be pure coincidence that Scaramucci’s brief fling in the White House put an end to his brief marriage. Now his ambitions to work alongside the president have been dashed, we will have to wait to find out whether the divorce proceedings will still continue as planned, or whether the shock of yesterday has put another spanner in the works.

Has marriage lost its health benefits in the modern world?
This site uses cookies. Find out more. Continued use of this site is deemed as consent.   CLOSE ✖