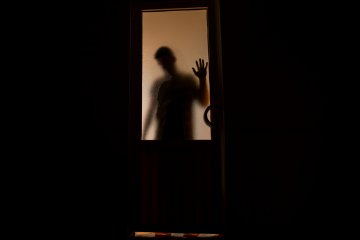 A man convicted for sexually abusing his own children has maintained parental responsibility over them, the BBC has reported. The man was sentenced to more than 12 years in prison for his crimes, has been placed on the sex offenders register for life, and is also banned from having any further contact with his children. Despite this, he is able to exercise his parental rights and as such still has a say in which schools his children attend and attempted to prevent the mother from taking her children on holiday without his permission.

The mother, who has chosen to remain anonymous, said that when her husband was sentenced to more than 12 years in prison, she thought he would be out of their lives for good. She spoke of the time the children’s father instructed a solicitor to write to her, stating that she was attempting to take the children out of the country without his permission. In the letter he demanded details of the holiday; with whom she was going and where. Given that the court order had denied the father of any contact with his children, direct or indirect, the mother questions why he should be able to know where they are. She said that while she was able to take the children on holiday, despite the father’s protests, the trip was tainted by the stress of the situation.

There have been other ways in which the father has managed to continue to intervene in the children’s lives. The children, in a bid to disentangle themselves from their father, expressed a wish to change their surname. The father was strongly against this and a six month court battle ensued. The mother spoke of being prevented from selling the family home, a home which the family associate with the abuse which had taken place. Since the father’s name is on the mortgage certificate, the mother is unable to sell the home without his permission and he is refusing to sign. As a result, she has had to take out a second mortgage in order to move the children away from the house where they suffered.

The mother has since launched a campaign to encourage lawmakers to strip parents convicted of sexual abuse of their parental rights. She said that she can no longer afford to pursue further court actions and so is unable to apply to have his parental rights removed. She asks MPs to listen to her story and get involved, to show others how “morally and ethically wrong this is”.

The family courts, children and suspected trafficking
This site uses cookies. Find out more. Continued use of this site is deemed as consent.   CLOSE ✖