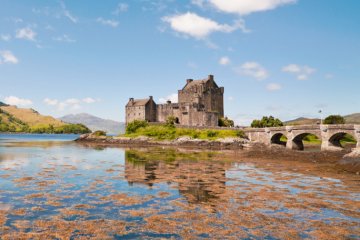 If parents leave you out of their will it can be very distressing. If they tell you that is their intention before they die, that can be even more upsetting. However in England and Wales there is no right for children to challenge the will until the parent dies. In a recent article in the Sunday Times there were several cases of disinherited daughters who believed that they had been cut out of their fathers’ wills while sons had benefited. However, Vardags receives many queries of this nature from men too, so we do not believe this to be a sexist trend.

In Scotland the government is planning to change the law on succession so that all assets are left equally between children. At present, Scottish law allows close relatives inheritance rights only to ’moveable’ assets such as cash and shares, but not to immoveable assets, that is, land and buildings. The new law will seek to limit unfairness between siblings, and indeed between the landowning and non-landowning class in Scotland.

This could affect landowners, as their right to plan a well-ordered succession of a family-run enterprise, such as a shooting or fishing estate, is stifled. Indeed if the estate is not well managed because of arguments between siblings, this will affect not just the family, but those employed on the estates. This Jacobite swing to a form of the Napoleonic code could lead to the gradual disintegration of private property into smaller units, ultimately making them commercially unworkable.

Proponents of reform argue that keeping the current law will force businesses to be more commercial in their outlook. However, there may not be the current co-operation between landowners, as they decide how best to mange the land, but one balanced by free market economics.

Landowners have for a long time structured their estates through companies and trusts, so that they control their inheritance to avoid any potential hazards such as creditors or divorce. This proposed reform should not affect those who are proactive in putting succession plans in place before they die.

Estate planning and international jurisdictions
This site uses cookies. Find out more. Continued use of this site is deemed as consent.   CLOSE ✖