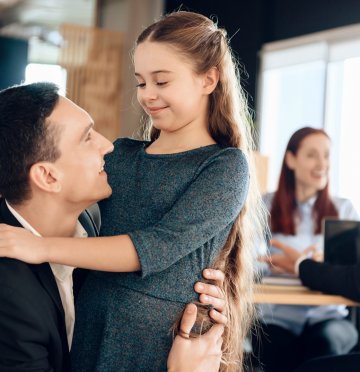 An unprecedented case has been brought against Scotland Yard by a mother on behalf of her two-year-old child. Tabitha Oxer-Patey was unborn when her father, who worked for the Metropolitan Police for six years, died as a result of fatal injuries sustained after falling down a flight of stairs on a work night out.

Tabitha’s mother, Theresa Patey, petitioned the Metropolitan Police Commissioner for child maintenance, but was turned down on the grounds that the child was not born when PC Oxer died, and that her parents were not married.

Lawyers for Tabitha and her mother, are arguing the case on the grounds that Scotland Yard’s decision to deny her a share of Richard Oxer’s pension was in violation of her human rights – specifically her right to respect for family life – and also that it discriminates against her as a child of unmarried parents.

If a police officer is serving at the time of his or her death, any natural child is automatically entitled to a share of their pension. In legal terms, unmarried parents are both equally as financially responsible for their children as married couples. The only difference in this particular case then, is that the child was still in utero at the time of the father’s death.

Barrister Ben Cooper is seeking a declaration from the court that Tabitha is entitled to a “child survivors pension”, on the basis that “such a pension is analogous to a right of inheritance.”

Interview with Roz Osborne, Founder & Chair of Trustees at Global Action on Relocation & Return with Kids
This site uses cookies. Find out more. Continued use of this site is deemed as consent.   CLOSE ✖