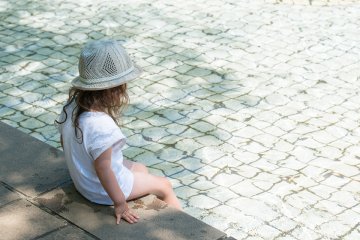 Scotland’s Minister for Childcare and Early Years has announced that Scotland will soon be criminalising the emotional neglect and abuse of children. This new legislation will come in the form of updating the provisions in section 12 of the Children and Young Persons (Scotland) Act 1937. This transition aims to recognise the wide impact of emotional neglect and abuse, in conjunction with physical harm.

In a statement to Parliament, Mr McDonald defined the transition as part of a “robust range of actions to further strengthen child protection” following the recommendation of two reports. The government aims to consult on the legislation later this year.

The Scottish government also aims to introduce a “named person” scheme, under which every child in Scotland would have a named single point of contact for all aspects of the child’s welfare. Such a scheme had been due to be rolled out in 2016, but was suspended by the Supreme Court for being an overbearing interference with families’ human rights.

In response to recent developments, the Minister said:

“This government is determined to ensure more of Scotland’s children get the best possible start in life. This means protecting the most vulnerable in our communities from harm, abuse and neglect. Catherine Dyer’s review concludes that, in general, our child protection system works well. However, both she and the Child Protection Improvement Programme Report have identified opportunities to strengthen all aspects of the system to better protect our children. I have accepted all of these recommendations in full and set out how they will be implemented swiftly and effectively. Importantly, we will introduce new legislation to make the emotional abuse and neglect of children a criminal offence, updating an 80-year-old law whose archaic language has resulted in difficulties prosecuting offences.”

Prior to providing a statutory underpinning for certain aspects of the child protection system, the government will seek to explore a range of other actions before moving to legislation. Mr McDonald continued:

“I have made clear where I expect to see improvements in Scotland’s child protection system, particularly in relation to consistency of approach. If in a year’s time there is little evidence of real and substantial progress then I will not hesitate to bring forward legislation to provide an appropriate statutory underpinning.”

“Children in Scotland was pleased to be represented in the Child Protection Systems review group and I am delighted that the Scottish Government has accepted its recommendations in full. We commend the Scottish Government for recognising the need to strengthen our systems while acknowledging there are already strong foundations in place. But we cannot be complacent. I therefore warmly welcome the commitment for continued monitoring to ensure the recommendations are fully met and actioned.”

Curiosities of common law marriage
This site uses cookies. Find out more. Continued use of this site is deemed as consent.   CLOSE ✖