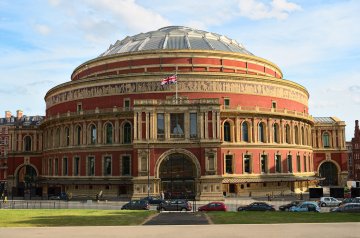 The daughter of an incredibly wealthy Saudi businessman is appealing to overturn her 2015 divorce settlement to be awarded £5.5 million more from her Goldman Sachs ex-husband. Although she is set to inherit over £100 million, the ex-wife is claiming that it is not her father’s responsibility to support her lifestyle.

Hayat Alireza, 38, and Hossam Radwan, 46, married in 1999 and separated in 2013 after having three children together. When they divorced in 2015, the banker husband was ordered to pay Ms Alireza a £2 million lump sum and the right to stay in their family home - a £5 million penthouse in Albert Hall Mansions, overlooking the venue itself - until her father dies. It was also agreed that she would have the use of the next door apartment as “overspill” for the next three years. The High Court judge, Mrs Justice Roberts, had deemed this to be sufficient as Ms Alireza was receiving and would continue to receive considerable sums from her business tycoon father, Youssef Alireza. His wealth is derived from one of Saudi Arabia’s oldest business dynasties, amassing fortune from the trade of maritime services, jewellery and engineering oil and property.

In the Court of Appeal this week, the ex-wife appealed the original ruling as “unfair”, demanding a further £5.5 million for a new home with enough space for her and their children. Her barrister, Robert Peel QC, argued that the £2 million may run out before Ms Alireza can inherit from her father, who is in his 70s, leaving her with “not a penny to meet her income needs”. In addition, he stated that her father should not be expected to support his daughter’s lifestyle, especially when she has a “very wealthy” ex-husband. Mr Peel reminded the Court of Appeal judges that:

“there is no principle of law that a wife should become the responsibility of her birth family upon divorce”.

Aside from pointing out that a father has no obligation to provide for his daughter, should she divorce, Mr Peel brought up the question of contribution. As a stay-at-home mother of three children, Ms Alireza contributed equally to family life in the eyes of English law: “why should the wife exit a marriage of this length, to which she has fully contributed, with nil funds at that point?”

In response to these arguments, the ex-husband used the immense wealth of the father as evidence that Ms Alireza will not struggle to maintain her living standards. Representing Mr Radwan, Richard Todd QC asserted that his client is “much, much poorer” than Ms Alireza’s father, despite his immense earnings from a career in international banking and his own substantial inheritance. In contrast, the “truly remarkably” wealthy father is able and willing to support his daughter. Mr Todd backed this statement with the fact that Mr Alireza already pays his daughter a monthly allowance, fully funded her legal fees from her divorce (£1.2 million) and, during a previous marital estrangement, had let her stay in his £20 million property in Kensington Church Street. The father himself lives in a 32,000 square foot house in Jeddah with nine permanent staff.

One factor that complicates the argument is that Ms Alireza has refused to disclose the real value of the inheritance she expects to receive. However, regardless of the size of the sum, her point that, until she receives her inheritance, her financial welfare is the responsibility of her ex-husband carries significant weight. The £2 million lump sum was intended to last 14 years, but it is impossible for Ms Alireza to know how long it will be before she inherits. Her appeal also demonstrates that she believes the original sum is insufficient to fully support herself and the three children for the 14 years, let alone any longer.

In deciding whether Mr Alireza or Mr Radwan is to contribute further, if at all, to Ms Alireza, Lady Justice Gloster, Lord Justice Lewison and Lady Justice King have reserved their judgment for a later date.

The second highest court in England and Wales. The court reviews decisions made by the lower courts.

Carrie Fisher’s whole estate to be passed to daughter, Billie Lourd
This site uses cookies. Find out more. Continued use of this site is deemed as consent.   CLOSE ✖