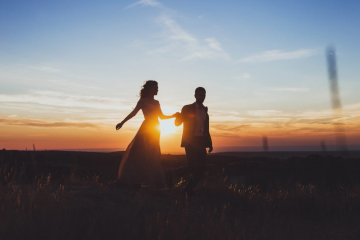 The most recent ONS statistics have shown that fewer same-sex couples are getting married than ever before.

2015 was the first full year that marriage was available for same-sex couples – they made up 2.6% of marriages for the year. 6,493 marriages, over half of them between women, took place, while another 9,156 couples chose to convert their existing civil partnerships into marriages. Marriages rates for opposite-sex couples, however, were the lowest on record.

This is a trend that has been observed since the early 1970s and seen across civil and religious ceremonies, which both decreased again in 2015. In total, there were 239,020 opposite-sex marriages in 2015, a decrease of 3.4% from the previous year. The number of couples getting married at older ages, however, rose. Marriages for men aged 50 and over and for women aged 35-39 years and 45 and over rose.

Legal advocates say that the report underscores the need for legal protection for cohabitants. Cohabitation is a more and more socially accepted choice, yet there is little legal protection or even clarity for cohabitants when their relationships end. The Law Commission recommended cohabitation reform as far back as 2007 but legislation is yet to deliver. Due to the very societal acceptance that has a growing number of couples eschewing marriage, cohabitants tend to make often false assumptions about their legal rights. The common myth of common law marriage means many long term cohabitants believe they have similar rights to a married couple but end up without protection and financially disadvantaged by a breakdown in the relationship, especially if they were a homemaker. Cohabitants may be taken by surprise when their partners die and the law offers no easy answers as to their rights.

Legal professionals also point to the phenomenon of older marriages as one that proves the need for a full, formal recognition of prenuptial agreements. People are marrying later, often for the second time. They may have already built up considerable assets that they will want to protect. The Supreme Court case of Radmacher case in 2010 was a watershed moment as before this it was understood that prenuptial agreements were not recognized in English law but a change in the law is still needed to create trust in the process and make prenuptial agreements fully enforceable.

These statistics reflect a change in the way that people choose to set up their family arrangements – they rightfully have more choice and more freedom to make the decisions that are right for them. The law has to catch up with society in order to best protect each individual in these choices.

B v P: Child relocation and children's objections
This site uses cookies. Find out more. Continued use of this site is deemed as consent.   CLOSE ✖