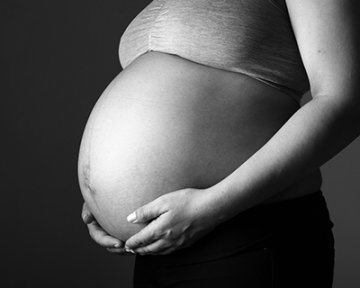 The NHS is being criticised after refusing fertility treatment to same-sex couples in Northern Ireland, as their sexuality inevitably means they are incapable of meeting the strict criteria to qualify for treatment.

The Department of Health requires as standard that, in order to be considered for one free cycle of fertility treatment, couples must have been trying to conceive for at least three years unsuccessfully or have a medical condition affecting their fertility, thereby eliminating same-sex couples. However, the Department of Health argue that all same-sex couples have the same ‘eligibility’ as other couples, as the same criteria applies to heterosexual couples.

When the criteria were originally established, it is likely that those drawing it up had heterosexual couples in mind. Since then, however, same-sex couples have come to be recognised in the same way as heterosexual couples in various socio-economic areas; including marriage, adoption, divorce, and probate. This criteria concerning fertility is therefore indirectly discriminating against same-sex couples.

The only option available to same-sex couples looking for fertility treatment is private funding, however with the cost of such treatment ever increasing it makes it financially impossible for some couples to consider becoming a family this way.

Various support groups and lawyers in Northern Ireland are trying to press on the Health and Social Care Board and NHS that their stance needs updating in this regard, as if they are determined to apply this blanket policy when it doesn’t accommodate the needs of same-sex couples, they will be leaving themselves open to law suits for indirect discrimination.

A set of guidelines were published in February 2013 by the National Institute for Health and Care Excellence entitled ‘Fertility problems: Assessment and treatment’ which were then endorsed in November 2013. This failed to update the initial criteria for consideration in fertility treatment as the Department of Health stated that these are determined locally, but that it offers a best-practice guide.

These guidelines recommended that all those eligible should be offered three cycles of IVF, where they currently (if they pass the access criteria) are only eligible for one free cycle. Northern Ireland has been slow in adopting an equal and fair practice with regards to fertility treatment, especially when compared to other parts of the UK. In Wales all women are being offered two cycles of IVF; in England some areas offer women two, others three cycles of IVF; and in Scotland all same-sex couples receive the same IVF treatment as heterosexual couples.

A lesbian couple recently came forward to talk about their experience of fertility treatment in Northern Ireland. Sarah Murphy and Jenny Doherty tried to get treatment from the NHS. The couple who have been in a same-sex relationship for five years (and have chosen not to enter into a same-sex marriage or civil partnership), wanted to guarantee that Ms Doherty would legally be on the birth certificate as the second parent. Whereas, in funding the treatment privately, there could have been a court battle further down the line if custody of the child was disputed, as Ms Doherty would not be considered a legal parent or have parental responsibility.

The struggle to become a family is one that a lot of couples go through, whether it is due to medical infertility or their sexuality. Access to fertility treatment for all couples is not only fair and logical but compassionate to couples who would otherwise be unable to have a child naturally.

Fiction vs Family Law: Star Wars’ Rey and child abandonment
This site uses cookies. Find out more. Continued use of this site is deemed as consent.   CLOSE ✖