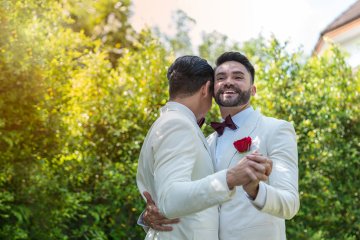 How should we view the current inequality between survivors’ benefits in same-sex civil partnerships, and in heterosexual marriages? Is the former a justified exception to equality on the basis of cost, or ’an unconscionable injustice, which is almost impossible to square with the Government’s stated commitment to fairness and equality for same-sex couples’?

A survivor benefit is a benefit paid by a pension plan to the designated beneficiary of an employee, usually a spouse, upon the death of that employee.

Pension providers of contracted-in occupational pension schemes are required to provide survivor benefits to civil partners and same-sex spouses; but the benefits need only accrue in relation to service from 5 December 2005 onwards.

Back in 2005, the Civil Partnership Act 2004 gave same-sex couples the right to register as civil partners from 21 December 2005. This Act was undoubtedly a step in the right direction for equality, but it did not extend as far as survivors’ pensions – or not in any retrospective sense.

An exception in Schedule 9 to the Equality Act 2010

The inequality is facilitated by an exception in Schedule 9 to the Equality Act 2010. Instead of using the same-sex marriage bill as a reason to address the inequality through legislation, the Government in fact extended the discriminatory difference in provision to same-sex spouses. Because of the exception in Schedule 9, it is deemed not to be ’discrimination because of sexual orientation’ to restrict access to a benefit that would be available to a person who was married or in a civil partnership, in relation to rights accrued before 5 December 2005.

The effect of this is that, where an occupational pension scheme provides survivors’ benefits to married couples, it must also provide them to surviving civil partners – but only in respect of service from 5 December 2005 onwards, not before.

Despite the ‘pensions drive’ of the last few years, the Government neglected to make any amendments to the discrepancy between heterosexual and same-sex civil partner survivor pensions, when it passed legislation enabling same-sex partners to marry.

Instead, the Marriage (Same Sex Couples) Act 2013 continues to allow companies to limit surviving same-sex spouses’ pension payouts to post-2005 accrual only, even if the member/deceased partner had been paying into their pension since 1970. The effect of that is rather serious inequality.

Human rights group Liberty’s client, John Walker, has taken his case for equality within survivor pensions to the Court of Appeal. He has been in a relationship with his partner since 1983. They entered into a civil partnership in 2006 and have since converted their partnership into a marriage.

In 2012, he won his case at the Employment Tribunal against Innospec Ltd, where he had worked for 23 years. The Employment Tribunal ruled that Innospec’s pension scheme contravened European laws, by trying to restrict survivor benefits available to just £500 per annum. Had John dissolved his civil partnership and married a woman, she would have been entitled to £41,000 per annum in the event of his death.

At first appeal, the Employment Appeal Tribunal ruled that the exception in the Equality Act 2010 disapplied pension rights accrued before 5 December 2005 – the date when the Civil Partnership Act 2004 came into force and required benefits to be provided equally to civil partners and married couples. The EAT said those rights did not have retrospective effect or allow inequalities in pay based on sexual orientation prior to that date to be addressed.

In taking his case to the Court of Appeal, with Liberty’s support, Mr Walker is contesting that the inequality is contrary to EU laws setting out the legal framework for equal treatment in employment. The case was heard in the Court of Appeal in June 2015 and, at the time of writing, we await the decision.

The Government argues that the capitalised cost of removing differences in survivors’ benefits between heterosexual surviving spouses, same-sex surviving spouses and surviving civil partners in the public service pension schemes is estimated at around £2.9 billion. The estimated cost to private sector schemes of removing the differences is around £0.1 billion. Of course, no one is denying that this is a huge cost to the pension industry and to companies. However, it is a small price to pay in the name of equality.

The Government also relies on arguments that the equalisation of treatment would entail an unforeseen cost to pension schemes. This assertion sits uncomfortably with the inherently speculative nature of pension provision. Pension providers deal constantly in uncertainties around the length of life, the possibility of illness, the decision to marry and many other issues.

True equality will only be achieved when the Government irons out the differences in survivors’ pensions. Political figures and groups like Liberty, PCS and TUC continue to campaign for equal treatment. The judgment from appeal judges in Walker is eagerly awaited.

When family law overlaps with professional regulation
This site uses cookies. Find out more. Continued use of this site is deemed as consent.   CLOSE ✖