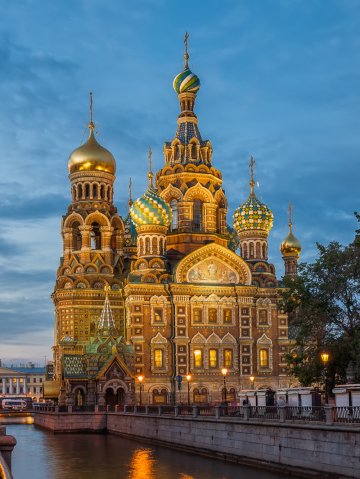 A lesbian couple have managed to circumvent Russia’s anti-gay laws and have married – because one of them is officially still a man.

Exploiting the fact that a couple is allowed to marry as long as they are each of the opposite sex on paper, the two women have wed despite one of them being born male.

Irina Shumilova and Alyona Fursova both wore traditional white dresses and held bouquets for their nuptials at a registry office in St Petersburg, and pictures were subsequently uploaded to Russian social media. Irina identifies as female but her passport states that she is male.

The story has been reported somewhat awkwardly in the press, with various journalists struggling with the LGBT terminology. According to the Independent, the distinction between the more commonly used term ‘transgender’ and the less favoured ‘transsexual’ is crucial to the brides’ successful utilisation of this loophole: ’The couple are likely to escape punishment, as one of the brides is not legally a woman, as she describes herself as transsexual rather than transgender’.

This is somewhat misleading. Irina is undergoing hormone therapy, which supports her self-identification as ‘transsexual’. However, the crux of the matter is that the marriage has been allowed to progress because she is not yet registered as female, rather than because of her choice of ‘trans’ terminology.

This couple’s wedding comes only a few months after a similar story in Russia. A heterosexual couple confused conservative authorities when both parties turned up to their wedding in matching white dresses. The husband, Dmitry Kozhukhov, who also goes by the name Alina Davis, defines himself as ‘androgyne’: not fitting either gender absolutely. Like Irina and Alyona’s wedding, this couple incurred the wrath of officials with their technically legal but socially frowned-upon antics.

St Petersburg legislator Vitaly Milonov was not best pleased with the couples’ apparent defiance: “There are certain moral standards which it is vital to implement," he said. “These mad people should be banned altogether from getting married.” Milonov, who was a vociferous supporter of the controversial 2013 ’anti-gay propaganda’ law, told Russian media he would seek to get the marriage annulled, and even suggested that the registry office staff where the marriage took place should be tried for treason or criminal negligence.

A & B (Children): The perils of ‘known-donor’ deals
This site uses cookies. Find out more. Continued use of this site is deemed as consent.   CLOSE ✖