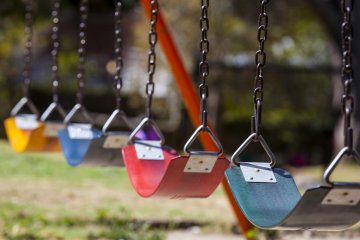 A Russian woman who underwent a voluntary double mastectomy has had her appeal to have custody of her fostered children, two mentally disabled boys, returned to her denied. The district court, in Russia’s Urals region, had been asked by a higher court to review its initial ruling which saw Yulia Savinovskikh lose custody in August of last year.

The court had ruled that Yulia could not retain custody of the children after she underwent surgery to remove her breasts. She said her large breasts negatively affected her health after the birth of her three biological children. They caused back pain and restricted her movement and she was “tired of coping” with them. The court, however, ruled that the surgery was proof that she “identifies as a man.”

Yulia insists she is still a woman. The children, who had been living with the family for several years, refer to her as their mother. She told the court she had neither plan nor desire to change the gender in her passport or to live as a man. She also told the court she had no plans to undergo any genital surgery or hormone therapy. As way of evidence of her self-identification as male, the court pointed to a blog that Yulia which speaks from the perspective of a transgender man. She says the blog, which she wrote before the surgery, was simply psychological preparation. The topic was an interesting one because “there is a male and female beginning in every person.” she said.

Since Yulia is married to a man, if she identified as male, she would be in an illegal same-sex marriage. Yulia has the full support of her husband in her legal struggle.

Homosexuality was decriminalised in Russia in 1993 but same-sex marriage is illegal in the country. Russian President Vladimir Putin has long been accused of fostering homophobia in the country. In 2013, ILGA-Europe, an advocacy group, rated Russia as the hardest country for LGBTQ people to live in out of 49 European states in a report that included an assessment of the rate of hate crimes and the level of family recognition. That same year, a “gay propaganda law” was introduced which purported to protect Russia’s “traditional family law values” by making it an offence to distribute any homonormative material. There have been reports of the round-up and detention of gay men in the region of Chechnya as recently as last year, although this is a claim that Chechen leader Ramzan Kadyrov denies.

Alexei Bushmakov, Yulia’s lawyer, posted an extract of the initial ruling to Facebook. It stated that Yulia’s “…self-identification as a male and her marriage to a man, her striving to fulfil a male role in society, essentially contradict our country’s family law principles, and the traditions and mentality of our society.” “It’s an absurd ruling,” he commented. “We were ready for anything but this.” Echoing his sentiments, Tatyana Lokshina, who works for Human Rights Watch, said the ruling “appears absurd and discriminatory.” Human Rights Watch has campaigned for the Russian government to ensure that children are placed in appropriate adoptive situations whenever possible, citing reports which document abuse and neglect in Russian state orphanages. As disabled children, the children may be particularly at risk. “The authorities should act in the children’s best interests, not putting children in an institution but rather having them in a family based environment,” Lokshina said.

The children remain with social services, although Russia media report that new foster parents are being sought. Meanwhile, Yulia, her husband and their legal team prepare to submit another appeal. They say they are prepared to take the case to the European Court of Human Rights.