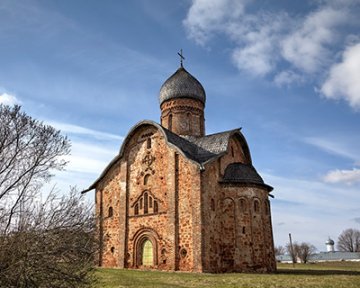 A Russian region has taken the unusual step to promote marriage and family values by announcing a no divorce day.

Novgorod, a Northwest region of Russia, has celebrated Peter and Fevronia Day on 8 July since 2008. Saints Peter and Fevronia are the orthodox patrons of marriage and the day is the Russian equivalent of Valentine’s Day, albeit a public holiday with formal celebrations across the region.

This year, officials took the somewhat radical decision to declare that they would not process any applications for divorce on this public holiday to celebrate family, love and faithfulness. This was done in the hope that it would encourage couples to think twice before petitioning for divorce. Officials even went as far as to award “love and loyalty” medals to those celebrating silver wedding anniversaries and “dedication to family duty” medals to couples who have raised between four and seven children.

Novgorod’s civil registry office reports that since 2008, only 12 percent of marriages which took place on Peter and Fevronia Day ended in divorce. The no divorce day also appears to be catching on, with many other regions across Russia joining in. However, the less Orthodox-influenced capital city of Moscow failed to introduce the temporary ban as it considered it to be a violation of citizen’s civil rights.

Russia is a notoriously superstitious country so, whilst the stats may look good, national statistics remain at 50 percent and the no divorce day doesn’t appear to be having an impact nationally.

Fiction vs Family Law : HBO’s divorce
This site uses cookies. Find out more. Continued use of this site is deemed as consent.   CLOSE ✖