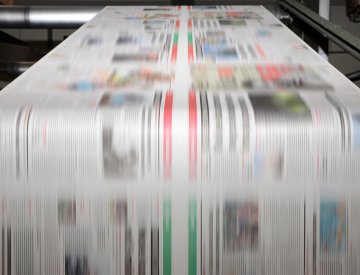 Media tycoon and News Corporation chairman Rupert Murdoch has filed for divorce from Wendi Deng, his wife of 14 years.

Murdoch filed his divorce petition in New York’s Supreme Court, a move that could be very advantageous to him, given New York State’s proclivity for upholding prenuptial agreements.

Murdoch and Deng married in 1999, only 17 days after he had divorced his preceding, second wife Anna Torv (not to be confused with the Australian actress with the same name, who is in fact the ex-Mrs Murdoch’s niece).

The couple has two daughters: Grace, 11, and Chloe, 7. Between them, the girls count Tony Blair, Nicole Kidman and Hugh Jackman among their godparents.

Murdoch is already father to four children from his two previous marriages: Prudence, with his first wife Patricia Booker, and Elisabeth, Lachlan and James with Anna Torv.

All six of Mr Murdoch’s children have equal shares in the company through the family trust.

When Murdoch divorced his second wife, she was awarded a settlement of US$1.7 billion in assets, including $100million in cash, considered to be one of the biggest divorce payouts in legal history.

However, as their divorce was filed in California, where a 50-50 division of assets is usually favoured, she could potentially have secured much more. Rupert Murdoch’s fortune is estimated at being between $7 billion and $11 billion. However, he and Wendi Deng have a prenuptial and two postnuptial agreements in place, which will dictate how the assets will be divided upon their divorce. Providing the agreements are not contested, the division of assets could be relatively straightforward.

Murdoch has filed for a ’no-fault’ divorce, which has been an option for divorcing spouses in New York State since August 2010. This allows couples to divorce without assigning blame to the other spouse, providing they can show that the marriage has broken down irretrievably and has been unsalvageable for at least six months.

Ben and Kate Goldsmith finalise divorce after discovering adultery
This site uses cookies. Find out more. Continued use of this site is deemed as consent.   CLOSE ✖