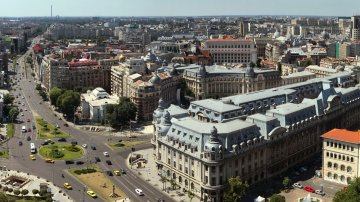 Her Honour Judge Nancy Hillier, sitting in the Royal Courts of Justice in June, upheld a father’s application for the summary return of his two children to Romania after they were brought to England by their mother in October 2016.

The two children, now aged 11 and 8, and their parents are Romanian nationals. In August 2016, both parents went to a Notary Public in Romania and signed an agreement to bring the children to England for two-week holiday in October. However, the mother did not return to Romania on the date expected. She later applied to a Romanian court to remain in England and Wales alongside her children permanently. The father went on to lodge an application in December that same year under the Hague Convention for the summary return of the children to Romania.

Throughout the appeal process, the wife asserted that her husband had agreed that she could move permanently over to England if she was able to satisfy a number of conditions. Namely, to find herself employment and a school for their children during her initial two-week holiday. She later claimed that the father changed his mind around the time she was expected to return to Romania.

Additionally, the mother stated that her children were in grave risk of danger if they were to return to Romania, due to the father’s previous violent behaviour. This supposedly manifested itself in such a fashion that the children were now frightened of him and his family. Finally, the mother insisted that she would have insufficient funds to adequately support her family if she were forced to return to Romania.

In determining the application, HHJ Hillier made reference to the Hague Convention and Article 11 of Brussels IIa. The core policy objectives of the Hague Convention were summarised by Baroness Hale in Re D (A Child) as to ensure the swift return of the children wrongly removed from their home country. Any future dispute regarding the children’s future home should be decided by the courts in their home country.

The father’s case was that the children had wrongfully been detained in England. Therefore, an order should be made that the children must return to Romania as the father and courts had only consented to them being taken away on holiday.

While it would have been possible for the father to provide ’future consent’, that consent must be clear, unequivocal and operative at the time of removal or retention. HHJ Hillier remained unconvinced that this standard had been met, as there had been a longstanding history of the mother attempting to convince the father to consent to her moving to England with the children. This was something that he had consistently resisted. When considering this element in combination with the lack of trust between the parties, the judge decided that, if the decision for the mother and the children to permanently reside in the UK had been mutual, it would have been formally notarised before she had travelled to England.

Article 13 (b) of the Convention reads that the person opposing the return of the children must establish that ‘there is a grave risk that his or her return would expose the child to physical or psychological harm or otherwise place the child in an intolerable situation.’ Both the mother and the oldest child told different psychologists that the father had displayed violent behaviour to them over the years. In, HHJ Hillier’s opinion the harm suffered both physically and psychologically, could not properly be described as ‘grave’ for the Convention defence to apply. Moreover, the father has offered a number of protective measures to mitigate against any future harm.

The mother’s assertion that her children would suffer intolerable financial difficulties if they were to return to Romania was also considered by the judge. She was of the opinion that this was unlikely as Article 13(b) is more appropriately applied to instances involving homelessness and destitution than those involving material loss to living standards: the children and their mother had simply grown accustomed to living in London and were merely expressing a preference to remain.

Article 11(2) states that the ‘child should be given the opportunity to be heard during proceedings unless this appears inappropriate having regard to his or her age, or degree of maturity’. The mother asserted that the children were of sufficient age and maturity to have their views taken into consideration. Throughout the legal process, the children openly voiced their objections to returning home, with the oldest child talking of being beaten by his father.

Throughout her judgement, HHJ Hillier remained unsatisfied that the children were expressing a view that was solely their own. The judge also felt that the children did not articulate their reasons in a way expected of children their age. In this sense, their loyalty to their mother was seen to skew their judgement and therefore, their statements were said not to meet the age or maturity required to be considered.

HHJ Hillier reiterated the clear policy objectives of the Hague Convention that children should be swiftly returned when they had been wrongfully removed. The judge was satisfied that the father had not consented to the permanent removal of his children to England and that the arrangements made to safeguard the children upon return were adequate.

Piers Pressdee QC on private children law and domestic abuse
This site uses cookies. Find out more. Continued use of this site is deemed as consent.   CLOSE ✖