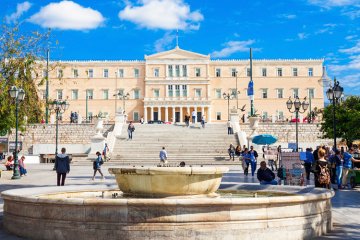 Greece has become the most recent EU state to sign up to Council Regulation (EU) No. 1259/2010 (known as the ‘Rome III Regulation’).

This regulation enables couples from two different countries to agree in advance which law would apply in the event of their divorce or legal separation. In the event that the couple cannot agree, judges will have a common formula for deciding which country’s law applies.

The Rome III Regulation was introduced as a result of the increasing number of international divorces. The law pertaining to legal separation differs widely between the different countries of the EU, as does the law in respect of marital property, and the generosity of settlements upon legal separation.

Which law is used?

The rationale of the Rome III Regulation is to provide couples with certainty, by ensuring that the court of the country where they issue their divorce uses the law of the country that they have chosen. This avoids the ever increasing ‘forum shopping’ and a race to issue proceedings in the most beneficial jurisdiction.

The concept of the Rome III Regulation was born in July 2008, when nine states (Austria, France, Greece, Hungary, Italy, Luxembourg, Romania, Slovenia and Spain) decided formally to seek the measure of ’enhanced cooperation’. This allows a minimum of nine EU member states to establish advanced integration or cooperation in an area within EU structures, but without the involvement of all members. Eight states (the nine states above, minus France) then formally made the request to the European Commission on 28th July 2008.

Following its adoption on 20th December 2010, the Rome III Regulation first took effect in the initial 14 participating states on 21st June 2012. Other EU member states are permitted to sign up at a later date. Lithuania joined in 2012 and, a few days ago, on 27th January 2014, Greece was given permission to join, taking the number of participants to 16 states.

There are no plans for the UK to participate at present, largely because this would involve a substantial change to our laws and signing up is not considered proportionate or necessary.

Whilst the Rome III Regulation may seem like a good idea in principle, it is not without its downsides. It is not always straightforward for the courts of one country to apply the law of another. Further, it is unclear how many couples will actually agree matters in advance. If they do, the choice may become outdated and there is a risk of one party being subject to undue influence by the other in reaching agreement on the applicable law.

Religious marriage and divorce: Islam
This site uses cookies. Find out more. Continued use of this site is deemed as consent.   CLOSE ✖