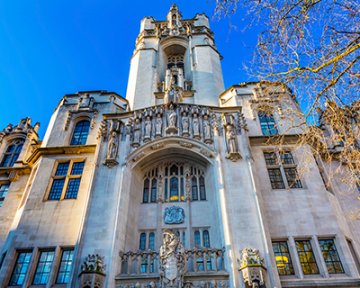 The Supreme court have upheld a Court of Appeal ruling that the English Courts do not have the jurisdiction to hear an appeal of a custody order obtained in Romania concerning a 10-year-old boy.

The parents in this case are both Romanian nationals who met while working in Britain. They returned briefly to Romania where they got married and their son ‘D’ was born in 2006, and the family returned to England. They separated shortly after, and the applicant father returned to Romania, while D and the respondent mother remained in the UK.

The father initiated proceedings in Romania in 2007 for divorce and custody of D, culminating in an order in November 2013 by the Bucharest Court of Appeal for D to live with his father. The original decision in the Romanian court was that the child should remain with his mother in England, but the father appealed this decision and the Bucharest Court of Appeal overturned the ruling, as the father could provide “the best moral and material conditions.”

The father applied to the English courts in February 2014 for the Romanian order to be recognised and enforced.

A High Court judge refused the application to recognise the order in July 2014 due to Brussels II article 23(b). This article states that “a judgment relating to parental responsibility shall not be recognised…if it was given, except in case of urgency, without the child having been given the opportunity to be heard, in violation of fundamental principles of procedure of the Member State in which recognition is sought.” D had been made a party to the proceedings in this case, but had not had an opportunity to give his wishes or view to the Romanian court.

The Court of Appeal upheld the decision of the High Court, and the father pursued his appeal to the Supreme Court who considered jurisdiction as a preliminary issue.

The child is habitually resident in the UK. However, his parents had chosen Romania as the forum for deciding residence and child care issues, and divorce proceedings were finalised in the country in 2008. The Brussels II regulation propose that, save from a few narrow circumstances, Member States should recognise and enforce each other’s judgments.

The Supreme Court had to consider whether the provisions of Brussels II were able to override the court’s ability to hear an appeal, under s.40 Constitutional Reform Act 2005. The practice of registering orders under Brussels II is intended to be largely administrative, and a decision can be appealed under article 33 and 68. The UK allows for appeals over points of law, but not over issues of fact. The court could not serve as a further means to challenge a decision of the lower courts which had interpreted the law correctly.

Therefore, the Supreme Court unanimously ruled that it has no jurisdiction to hear the appeal in this case, and the father’s appeal has been struck out.

The importance of 'habitual residence' in child abduction
This site uses cookies. Find out more. Continued use of this site is deemed as consent.   CLOSE ✖