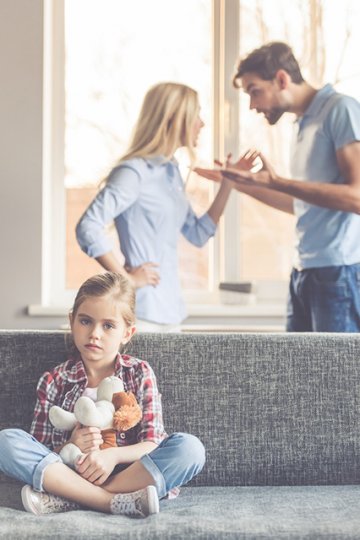 Family law organisation Resolution has conducted a survey on what children think about their parents divorcing, and the results were resounding. According to the survey, the vast majority of young people questioned – 82% – would rather their parents divorced if their marriage is unhappy, rather than remain together in a state of unhappiness. They felt that, even though the process was difficult at the time, with hindsight, separation was ultimately the best option.

The research, conducted by ComRes on behalf of Resolution, quizzed 514 young people between the ages of 14 and 22 who had experience of either parental divorce or separation after a long period of cohabitation.

Half of the young people said that they did not have a say in where they would live or with whom. But the most significant statistic of all was that 88% stated that it is very important for separating parents not to make their children feel as if they have to choose between the two parents.

So is there anything that divorcing couples could do to make parental separation easier for their children? According to 31% of the respondents, they would have liked their parents not to have been unpleasant to each other, while 30% wished their parents had understood better what it’s like to be a child caught up in the middle of the process. Conflict, it seems is still the hardest thing for children to face in their family.

Being exposed to conflict and uncertainty about the future are what’s most damaging for children, not the fact of divorce itself. This means it is essential that parents act responsibly, to shelter their children from adult disagreements and take appropriate action to communicate with their children throughout this process, and make them feel involved in key decisions, such as where they will live after the divorce.

Some case studies that arose from the research can be read on Resolution’s website here.

‘Silver splitter’ divorce hits record high in South Korea
This site uses cookies. Find out more. Continued use of this site is deemed as consent.   CLOSE ✖