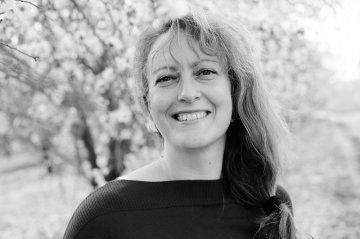 Research from London’s Kingston University offers some hope for women facing the end of a marriage: it seems divorce may actually make you happier. According to a report published in the journal Economica, women are much happier and more satisfied with their lives in the five years following a divorce, even more so “than their own average or baseline level of happiness throughout their lives.”

The research, led by Professor Yannis Georgellis, Director of the Centre for Research in Employment, Skills and Society (CRESS) at Kingston Business School, runs contrary to many stereotypes surrounding gendered responses to marriage and divorce. It was conducted on a large scale and took a considerably long time; the research subjects numbered in the region of 10,000 and ranged in age from 16 to 60 years. They were questioned regularly over a 20 year period to measure their reaction to major milestones in their lives. Although men showed a slight increase in happiness following divorce, the change was less marked.

Professor Georgellis explained that they took into account that fact that many women can find themselves financially disadvantaged in the wake of divorce, which makes the findings all the more surprising. He commented: “One possible explanation could be that women who enter into an unhappy marriage feel much more liberated after divorce than their male counterparts.”

Examining the psychological process of ‘adaptation’ – the manner in which we adjust to life changes – Kingston University’s research indicates that people of both genders are more emotionally resilient than one might imagine. We have the ability to recover from distressing life events such as bereavement quite quickly.

However, the one life change that did leave a lasting sense of negativity was job loss. Professor Georgellis revealed that being unemployed often has a “scarring effect” on a person’s psyche that can persist even after new employment has been found. By comparison, the breakdown of a marriage, though emotionally wrought, can have a surprisingly cathartic effect.

Rupert Murdoch files for divorce from third wife Wendi Deng
This site uses cookies. Find out more. Continued use of this site is deemed as consent.   CLOSE ✖