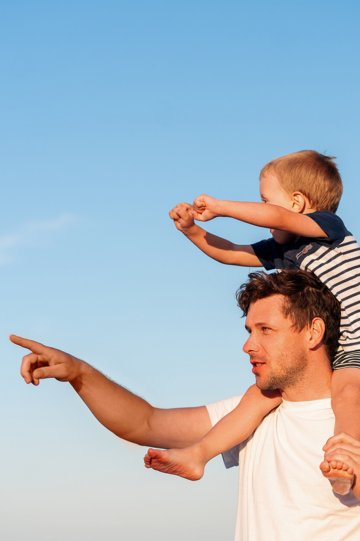 New research from the Universities of Warwick and Reading suggests that the family courts are not biased against fathers after all.

The study, which reviewed 200 child arrangement cases from a six-month period in 2011, found that the majority of fathers’ contact applications were ’overwhelmingly successful’.

The paper, ‘How Do County Courts Share the Care of Children Between Parents?’ is co-authored by Warwick’s Dr Maebh Harding and Reading’s Dr Annika Newnham. It examines the role of five county courts across England and Wales and the roles they played in solving child contact and residence disputes.

Contrary to the oft-posited idea that family courts are biased against fathers in such cases, the study found that the county courts showed no indication of gender bias in contested cases about where a child should live.

Section 11 of the Children and Families Act 2014

Section 11 of the Children and Families Act 2014 added a presumption into section 1 of the Children Act 1989 that it is in the child’s best interests to have contact with the non-resident parent, unless there are reasons to the contrary. This was not yet in place in 2011, however the report shows that the county courts in question were keen to involve both parents in a child’s life where possible.

The report acknowledged that children were still more likely to live with their mothers, but that was more indicative of the social status quo than the courts’ bias. Dr Harding said:

Whilst it’s true that mothers were usually the primary care-giver in contact applications, this was simply a reflection of the social reality that women are more likely to take on the role after a relationship breakdown. But there was actually no indication of any bias towards mothers over fathers by the courts; in fact we established there was a similar success rate for mothers and fathers applying for orders to have their children live with them. And although the overall number of residence orders made for mothers was higher than those made for fathers, this was because a large number of such orders were made for mothers as respondents in cases where the father sought contact. Transfers of sole residence were rare as the courts sought to preserve the status quo and where they were ordered they were disproportionately likely to be transfers from mum to dad and to feature welfare concerns and children’s services involvement.

In fact, so keen have the county courts been in promoting contact with both parents that, according to the report:

The County Courts actively promoted as much contact as possible even in cases of proven domestic violence, which was often combined with welfare concerns or strong opposition from older children…‘No contact’ orders were extremely rare and a last resort in difficult cases where there was a real and serious risk to children’s safety.

The names of the country courts involved in the study were not revealed in the report. Instead code-names were used – all of which were taken from the Domesday Book.

The report was funded by The Nuffield Foundation, an endowed charitable trust that %27funds research and innovation in education and social policy%27. It can be read in full here.

Changing a child's surname in the family law courts
This site uses cookies. Find out more. Continued use of this site is deemed as consent.   CLOSE ✖