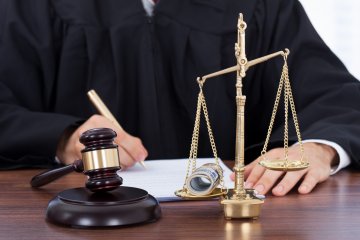 New research published last month has revealed a ‘statistical link’ between obtaining early legal advice and resolving problems sooner. The Legal Aid, Sentencing and Punishment of Offenders Act 2012 (LASPO) implemented substantial cuts to legal aid and the Law Society research, conducted by Ipsos MORI, suggests that this has been detrimental.

The research focussed on the effects of early professional legal advice, which was defined as “within 3 months of the issue first occurring”, on the timing of the resolution of legal issues. Christina Blacklaws, vice president of the Law Society, explained that “without early legal advice, relatively minor problems can escalate, creating health, social and financial problems, placing additional pressure and cost on already stretched public services”. The statistics support this; it was found that, on average, 1 in 4 people who receive early legal advice have their problem resolved within 4 months. This stands in contrast to the 9 months it took for a quarter of those who did not receive early legal advice to resolve their matter. Furthermore, half of the group who received early advice resolved their issues within a year, whereas it was nearly two years before half of those who did not receive early advice resolved their issues.

The research also looked at other factors such as issue type; issue severity; qualifications; age; perception towards issues and knowledge of legal rights. It found that, even when these variables are controlled, early advice “had a significant impact” on issues being resolved. Indeed, the research showed that people who did not receive early legal advice were, on average, 20% less likely to have resolved their issue at a particular point in time. Closely linked to this, the research showed that knowledge of legal rights is also an important factor, with people with little knowledge being 33% less likely to resolve their issues.

Ms Blacklaws highlighted family law as a particular area in which early advice is vital. Following the legal aid cuts, which limited eligibility in the family sphere to cases involving allegations of domestic violence, the use of mediation has decreased significantly. Consequently a great deal of pressure has been placed on the family courts. With issues taking longer to be resolved, cases have become far more costly for both the individual and the taxpayer. As a result of this research, the Law Society is calling for the “government to ensure justice is accessible to those who need it” and explained that they are keen to work with the government to address this problem.

Recently there have been steps in the right direction for family law in terms of the position on legal aid. The Ministry of Justice has announced that the requirement for victims of domestic violence to provide evidence of their abuse from within the past 24 months in order to receive legal aid has been removed. Although this widening of legal aid eligibility is an improvement, it is still only available for a very narrow range of family law matters, leaving many litigants without access to adequate advice.

Child relocation in CL v AL [2017]
This site uses cookies. Find out more. Continued use of this site is deemed as consent.   CLOSE ✖