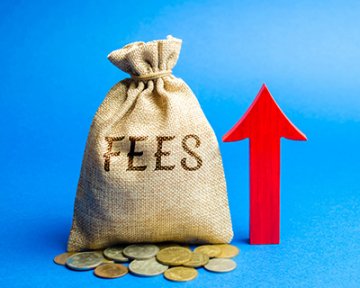 A new report published by the Joint Committee on Statutory Instruments has suggested that a new Government plan to raise £300m by hiking up probate fees is beyond the authority of the Ministry of Justice.

The reforms of the current regime of fixed fees for non-contentious probate applications due to come in next month, will see the see the largest estates hit with a £20,000 bill.

Before the estate of a deceased person can be administered, a grant of probate is needed from the Probate registry. However all death duties, including taxable probate fees, have to be paid by the executors in advance before they apply. The Probate Registry, which is part of the High Court, deals exclusively with non-contentious cases and the fees are essentially administrative charges. For contested wills, there are separate proceedings and separate costs in the Chancery Division of the High Court. The fees recoup the full cost of running the Probate Registry, under the current flat fee system costing £155 for a solicitor and £215 for an individual.

The MoJ’s planned hike in Probate fees is being implemented in order to fund other areas of the squeezed courts and tribunal service. The fees covering the £45 million administrative costs of the Probate Registry are now expected to generate an estimated £300 million each year.

The revenue raising fees will be tiered, rising with the value of the estate, satisfying the principle offered in the Explanatory Memorandum from the 24th of February that “court users who can afford to contribute more, should do so”.

It is the latest in a series of court fee rises as part of a broader drive within the MoJ to tackle the costs of running courts and tribunals. However the change has been met with intense criticism including most recently a stern warning from the Joint Committee on Statutory Instruments that the MoJ is overstepping its bounds.

The report notes that it is within the Lord Chancellor’s powers to charge a fee, even one which exceeds the value of the service. However the report makes the case that a fee is by definition relational to the service for which it is charged and warn that the proposed fee structure is rather more akin to a tax, something the Lord Chancellor is not permitted to impose:

“It is an important constitutional principle that there is no taxation without the consent of Parliament, which must be embodied in statute and expressed in clear terms.”

The report also took issue with the attempt to make a revenue-raiser of fees which are administrative in nature:

“The Committee has a real doubt as to whether the Lord Chancellor may use a power to prescribe non-contentious probate fees for the purpose of funding services which executors do not seek to use – namely those provided by courts and tribunals dealing with litigation…A person can choose whether to litigate, In contrast, executors have to obtain probate to allow them to administer an estate, and the fee for doing so is not refundable.”

The report will be met as an unwelcome critique to an already beleaguered ministry. Cabinet ministers are reportedly urging Theresa May to fire the Lord Chancellor, Liz Truss, following a series of unpopular moves. She was widely condemned after failing to defend the High Court judges condemned in the press after the recent Supreme Court Brexit judgment.

Whether the report will threaten the probate reforms set to go ahead next month in any way, remains to be seen.

The legal fees, VAT and any disbursements. The costs will be set out in the Form H.
“Ayesha Vardag - Britain’s top divorce lawyer.”

This site uses cookies. Find out more. Continued use of this site is deemed as consent.   CLOSE ✖