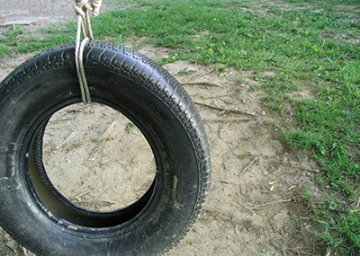 A mother in Newcastle has had 17 children taken into care by social services over a 30-year period, a new report by Barnardo’s charity Pause has revealed.

The charity “works with women who have experienced…repeat removals of children from their care. It aims to break the cycle.” Pause has stated that women in these situations often have ‘chaotic’ lives that cause the pattern to emerge, including being victims of domestic abuse, mental health problems, or with drug and alcohol dependency issues.

No personal information has been revealed about the Newcastle mother who has had 17 children removed from her care. The women had been pregnant for most of her adult life, now in her 40s, with each child being taken into care within hours of their birth.

The reason for their removal has not been provided but many women in this position of having child after child removed from them have suffered significant trauma or difficulty in their lives, so it can be assumed that this woman in particular is likely extremely vulnerable.

The BBC had enacted a survey to find out the number of children removed from mothers in the area. The figures released by the BBC show the number taken from a single mother in various areas including:

A study funded by the Nuffield Foundation entitled ‘Vulnerable Birth Mothers and Recurrent Care Proceedings’ revealed that in the seven years up to 2014 over 13,000 babies were removed by local authorities and placed into care.

Pause modelled a system in Hackney to help women break the cycle, which has shown some success and is now being tried in Doncaster, Greenwich, Hull, Southwark and other areas. The charity helps to give women the opportunity to develop new skills, helping build resilience and self-esteem. In addition the charity assists the women to overcome some of the issues that lead to their problems (i.e. domestic violence, drug use, sex industry), and provides education, career and aspirational guidance.

Newcastle Women’s Aid service director has stated that they had were seeing women approach them for help that had previously used their services as children, attending with their mothers. This is a sad reflection on the lack of appropriate intervention and assistance the local authority and governments provide for vulnerable women.

Newcastle City Council have stated that their approach to this issue is not ‘unusual’ but have decided to work closely with Barnardo’s to work with vulnerable mothers after their child has been taken away to try and reduce this number of women and the number of children affected.

IVF clinic admin blunders result in lack of legal parent status
This site uses cookies. Find out more. Continued use of this site is deemed as consent.   CLOSE ✖