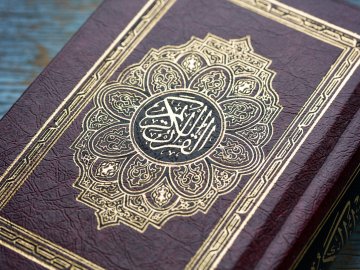 A valid Islamic marriage requires mutual agreement, two adult witnesses and a marriage gift (mahr) to be paid by the groom to the bride. Many Muslim couples also have a marriage contract (nikah) in which they seek to agree the terms and conditions of their future together. These conditions are sufficient to create an Islamic marriage in accordance with Sharia law. However, if the marriage takes place in England, this will not constitute a valid marriage for the purposes of English law unless the marriage takes place at a registered mosque.

A talaq or ‘declaration of divorce’ is used to end an Islamic marriage. The rules vary significantly depending on the country in which this is performed and also as a result of disparity between the different schools of Islamic jurisprudence. Under Islamic law, following the talaq, a period of reconciliation (iddah) is also required, during which the couple are supposed to try and reconcile. Should the iddah end without reconciliation, under Islamic law the couple will be divorced. However, generally and in England, whilst the talaq is the religious decree involved in divorce, a decree of divorce under the Matrimonial Causes Act 1973 must also be obtained validly to end any civilly-recognised marriage.

Following an Islamic divorce, under Sharia law the husband will no longer be responsible for the wife’s expenses, so it is sensible to try and time this to coincide with the agreement of financial provision, both separately and in relation to the English civil law proceedings required to bring the marriage to an end.

In a 2004 case, the parties to be divorced had only a ‘secondary attachment’ to English jurisdiction as they had only recently moved here from Iran. The court, when deciding upon a financial settlement, therefore found that due weight could be given to factors relevant in their ‘primary culture’.

It is not just Islamic law or culture that the court will take into consideration in this regard. In another 2004 case Mr Justice Wilson stated in relation to a case involving Jersey: “English law chooses no substantive law other than its own for the despatch of applications for ancillary relief following divorce, even though belatedly it is beginning to recognise the need, in a case with foreign connections for a sideways look at foreign law as part of the discretionary analysis required”.

Matrimonial property regimes: the French prenup
This site uses cookies. Find out more. Continued use of this site is deemed as consent.   CLOSE ✖