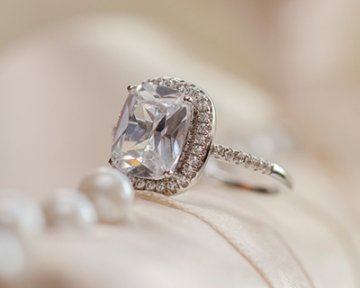 Bruce Hurwitz, an executive recruiter from New York, has set the internet aflame by saying women should take off their engagement rings before attending job interviews, lest they appear too “high maintenance”.

Hurwitz’s blog post, which went viral at the end of last month, was published on LinkedIn and titled “When Interviewing for a Job, Lose the Ring!”. In it, he claims that he’s known half a dozen women who have managed to land jobs after they stopped wearing their diamond ring to interviews. One woman, he recalls, all but had the ‘Hope Diamond’ on her finger. His advice was that without removing the ring, she would never be taken seriously. “When a man sees that ring he immediately assumes you are high maintenance,” he wrote. “When the woman at the office who has the largest diamond on her finger, sees that ring, she will realize that if you are hired she will fall to second place and will, therefore, not like you. Lose the ring!” Both men and women were soon reacting to the post, and not positively. One user told Hurwitz that his advice was “sexist, judgmental, archaic, and downright inappropriate.” Hurwitz didn’t agree, and wrote a follow up post saying he wouldn’t advise men to wear expensive watches, unless they were going for a sales or executive position. Women, however, should remove their ring regardless, and Hurwitz went on to say that watches weren’t akin to engagement rings because, in the case of rings, they were bought for a woman by a man. “When a man gives a woman an engagement ring, he buys the least expensive ring that he believes it will take to get her to agree to the proposal. For women it may be a symbol of everlasting love, but for men (when it is expensive) it is akin to a business transaction.” This, he claims, is proof that women with large jewels in their engagement rings are “high maintenance”. Women already face discrimination in the workplace because of decisions to expand their family. The same day Hurwitz’s article was published, the Women and Equalities Committee released a report calling for women in the UK to have protections similar to those in Germany after a ’shocking’ increase in workplace pregnancy discrimination over the past ten years.

Shocking pay discrimination at the BBC
This site uses cookies. Find out more. Continued use of this site is deemed as consent.   CLOSE ✖