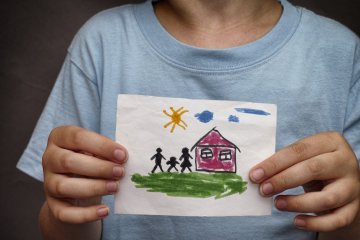 The recent case of W v The Secretary of State for the Home Department concerns a married couple who are Nigerian citizens lawfully resident in the UK in a temporary capacity, with the husband (’Mr W’), on a Tier 2 visa. His wife, (’Mrs W’), is entitled to be in the UK as his spouse. The couple adopted their 2 year old son (V) in Nigeria and wanted to bring him to live with them in the UK until they return to Nigeria in 2019, by which time Mr W expects to have attained a significant medical qualification. However, V had been refused entry to the UK as a child of a points-based migrant under part 8 of the Immigration Rules. Because of this, he was left in the care of relatives abroad.

Though the parents were in daily contact with their child via social media, Mrs Justice Pauffley noted in her judgment that the strain of being separated from their much-loved son was made clear by Mrs W’s evidence.

The only route available to the applicants was to apply for recognition of the Nigerian adoption order at common law. The meaning of "adoption" given in Chapter 4 of the Adoption and Children Act 2002 extends to "an adoption recognised by the law of England and Wales, and effected under the law of any other country," a clear reference to the recognition at common law of foreign adoptions – see D v D (Foreign Adoption) 1 FLR 1475. As Nigeria has not ratified the Hague Convention on Protection of Children and Co-operation in Respect of Intercountry Adoption, it is no longer included in the ’overseas adoption’ list in The Adoption (Recognition of Overseas Adoptions) Order 2013/1801. Nigerian adoptions effected after 3 January 2014, can be recognised as Chapter 4 adoptions only via the inherent common law jurisdiction process.

Criteria for recognising a foreign adoption

The Secretary of State for the Home Department was neither supportive nor directly resistant to the parents’ application but sought an extensive examination of the various issues invoked. In coming to her decision, Mrs Justice Pauffley followed the judgment of the Sir James Munby, President of the Family Division in Re N (A Child) . Here, the President confirmed that the four criteria set out in Re Valentine’s Settlement are the only criteria to be applied in such cases:

In the case at hand, the evidence clearly demonstrates that the applicants have not relinquished their shared domicile of origin, with the purpose of Mr W’s work and study placement in the UK solely directed at enhancing his Nigerian practice. The applicants were at the time of the adoption order (and continue to be) domiciled in Nigeria.

Despite the fact that there were two relevant inconsistencies and discrepancies, Mrs Justice Pauffley found that the Nigerian judge would have made the adoption order regardless of the failure to comply strictly with the requirements of s.128 of the Child Rights Law. Mrs Justice Pauffley heard evidence from an expert in Nigerian law, and while she did not seek to expand upon the expert’s opinion on foreign law, a liberal interpretation of the requirements was possible.

The judge found that the applicants have clearly assumed the “full parental rights, duties and obligations of natural parents” in respect of V and the birth rights of his unknown parents are extinguished, as per Re Valentine’s Settlement.

The SSHD acknowledges that only in the rarest circumstances should public policy be invoked in order to deny recognition of a foreign adoption order. In this case, the judge found that Mr and Mrs W did not seek to deceive or mislead the Nigerian court and were entitled to trust their lawyer drafting their evidence, who himself was an expert in achieving international adoptions.

Following the consideration of the Re Valentine’s Settlement criteria, the final matter for determination was whether the judge should recognise at common law the Nigerian adoption order and make a declaration under the Family Law Act 1986. Mrs Justice Pauffley considered MacDonald J’s judgment in S v S (No 3) (Foreign Adoption Order: Recognition) . This decision made it clear that the court has to act in a manner compatible Article 8 of the Convention –upholding the parents’ and child’s right to family life- and that any interference with the parents’ rights must be necessary and proportionate. It established that, while it is important to maintain all the rules which English adoption law had devised to safeguard the welfare of children who were the subject of foreign adoptions; it would be contrary to public policy to apply those rules in a way which resulted in the breach of the fundamental rights of the parties.

The Court of Appeal in Singh v Entry Clearance Officer New Delhi established that Article 8 rights may be engaged within the framework of the Human Rights Act 1998 even where there is no legally recognised relationship between the claimants and the child. Mrs Justice Pauffley held that there is no question that Mr and Mrs W and V are properly entitled to be viewed as a family. Mrs W has clearly established a significant attachment to the child, and refusing to recognise the Nigerian adoption order would mean they are not able to spend the next two years together as a family. This would be an infringement of their Article 8 rights which, Mrs Justice Pauffley found, was neither necessary nor proportionate.

This case illustrates the importance of the English courts fully utilising their discretion in order to apply the relevant domestic law in cases concerning foreign adoptions, while considering an expert’s opinion on the law of the foreign jurisdiction and the European Convention on Human Rights. This highlights the significance of common law, which affords judges the discretion they need to protect the fundamental principles of English and Welsh Law, while also protecting individuals’ human rights. With the current political debate around the Human Rights Act amid the UK’s withdrawal from the EU and therefore the Charter of Fundamental Rights, it is more important than ever that judges show how principles in domestic common law and Human Rights can complement each other in ensuring that the fair and just outcome is reached.

Though in some cases strict application of legal rules is necessary, in certain circumstances, such as where a parents’ and child’s right to be a family is at stake, the broader context of the applicants’ genuine intention to live and exist together as a family should be given due consideration. Human compassion, understanding and trust cannot be completely removed from family law, just as it cannot cloud the judge’s path in reaching the fair outcome.

Law made by the European Parliament, which applies to all European countries.
“Ayesha Vardag - Britain’s top divorce lawyer.”

Mrs Justice Roberts provides a helpful clarification of the law regarding sham trusts: ND v SD & Ors [2017]
This site uses cookies. Find out more. Continued use of this site is deemed as consent.   CLOSE ✖