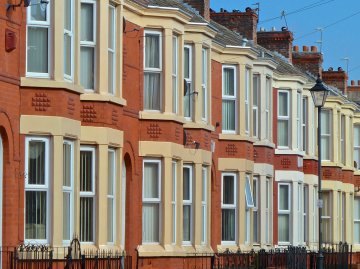 An appeal was made by Mrs Lewis, daughter of Mrs Blackwell, the deceased, against an order of the court. This order dictated that Mrs Blackwell’s property was to be transferred to her partner, Mr Warner, for the value of the property. The decision was made pursuant to Mr Warner’s claim under the Inheritance (Provision for Family and Dependents) Act 1975 (‘the 1975 Act’). This case marks the first time that the subsections of this act regarding unmarried partners has reached the High Court.

Mr Warner, 91, had lived for 19 years with his partner Mrs Blackwell in the property that she owned. Mrs Blackwell developed dementia in 2012 and spent a short time in a home before returning to the property with 24-hour care. She died on the 6th May 2014 and her will could not be found. It was decided by Mr Recorder Garner QC that her property be transferred to Mr Warner out of her estate for the sum of £385,000. This sum was taken from a valuation of the property obtained by Mrs Lewis, the daughter of Mrs Blackwell on a second valuation of the house.

Mr Warner had been expecting that he would die before Mrs Blackwell and had made a will in which he made provision for her by leaving a substantial sum. He admitted that he would not have expected to receive anything from her will nor was there any discussion or decision about what would happen with regard to the house should Mrs Blackwell die. Throughout their life at the house, Mr Warner shared the expenses and paid some of their outgoing bills.

As the health of Mrs Blackwell deteriorated, Mrs Lewis and her husband became increasingly concerned with the future of the property and asked Mr Warner to sign a declaration that he did not wish to make a claim for the house. Mr Warner signed this declaration.

After the death of Mrs Blackwell, Mr Warner had his son stay at the house whilst he grieved. Mrs Lewis objected to this on advice from her solicitors. It is of little surprise that the relations between the parties broke down because of this.

From here the issues surrounding the house developed. Mr Warner expressed that it would make him very stressed to have to move. He not only had spent 20 very happy years at the house but had also benefited from the fact that his neighbour there is a doctor who is first response should he push his emergency button. The house is also well positioned to be in walking distance from amenities. The daughter’s position on the house varied. She had told Mr Warner that he could buy the property at a price provided by the estate agent. However, she also stated that she wished to sell the house to the highest bidder – including Mr Warner should he be in that position.

Mr Warner, although not married to Mrs Blackwell, had a claim for the transfer of the house to him for its full value under the 1975 Act. This claim was accepted and a transfer was ordered by the court. It is this transfer to Mr Warner that is being appealed by Mrs Lewis.

The question brought in the appeal was whether the court, under the 1975 Act, had jurisdiction to order the property of Mrs Blackwell be transferred to Mr Warner as her surviving partner for full value, and whether such a transfer is to be regarded as ‘reasonable financial provision’ for the ‘maintenance’ of Mr Warner. The meaning of ‘maintenance’ and ‘reasonable financial provision’ is found in subsections 1(1) and 1(2)(b) and sections 2 and 3 of the 1975 Act.

Whilst the act makes specific provision for spouses or civil partners of the deceased, it does also make provision for those who are living in the same household.. Mr Warner and Mrs Blackwell did live together as such for 20 years, giving him the right to a claim under the act.

‘Reasonable provision’ is defined, in the case of unmarried partners, as financial provision as it would be reasonable in all the circumstances of the case for the applicant to receive for their maintenance.

Should the court find that the disposition of the deceased’s estate (ie the lack of provision in a will or the lack of a will) is not as such to make reasonable financial provision, it has the power to make under Section 2:

1(c) An order for the transfer to the applicant of such property comprised in that estate as may be so specified.

1(d) An order for the settlement for the benefit of the applicant of such property comprised in that estate as may be so specified.

1(e) An order for the acquisition out of property comprised in that estate of such property as may be so specified and for the transfer of the property so acquired to the applicant or for the settlement thereof for his benefit.

When ascertaining the reasonable financial provision, the court will take into account the financial resources and needs of the applicant both for the present and for the future, the needs of other beneficiaries and any physical disability of the applicant amongst other considerations. The age of Mr Warner and the length of time that he lived with Mrs Blackwell in addition to his contribution to the welfare of the family of the deceased are also relevant factors in this case under Sections 2A(a) and (b) of the 1975 Act.

The appeal of Mrs Lewis was dismissed in this case and the conclusions of the prior hearings were upheld. Sir Geoffery Vos, hearing the appeal, used guidance from the judgement in the case of Ilott. The judgment in Ilott explained that the broad concept of ‘maintenance’ was such that it could cover the provision of a house for the applicant to live. Thus, Mr Warner was indeed being maintained by Mrs Blackwell given that she provided him with a house in which he could live. It follows from this that Mrs Blackwell having no will and thus providing no further maintenance by way of a house to Mr Warner is not reasonable financial provision.

It was further concluded that Mr Warner’s needs outweighed the interests of the beneficiaries despite the fact that he had no expectations with regards the property. It was decided that despite Mr Warner’s acceptance that he had no moral claim and no expectation regarding the house, his need, as an old and infirm person, to have some level of continuity in his life was of greater significance.

The court order for a transfer of the property to Mr Warner for full value was viewed therefore upheld. It was further noted by the court on appeal that this order is certainly correct given that Mrs Lewis had stated that she was happy to sell the property for full value.

The decision made was dependent on the facts of the case and took into account the age and ill health of Mr Warner. It is possible that, should he have been younger and in good health, the decision would have been different and his needs would not have necessarily outweighed those of the deceased’s family. The exploration of the 1975 Act with regard to unmarried partners in this judgment serves as a useful guidance for future consideration.

Unsent text message accepted as a valid will in Australia
This site uses cookies. Find out more. Continued use of this site is deemed as consent.   CLOSE ✖