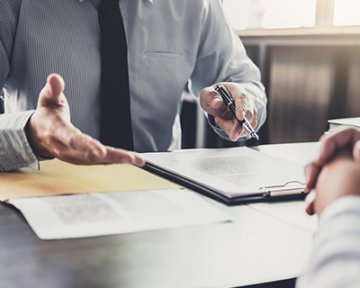 Completion of a Lasting Power of Attorney (LPA) and its implementation (or registration) is considered relatively straightforward. However, this is rather deceptive, as the document and the powers it permits (or lack thereof) require much planning and forecasting of the donor’s future plans and wishes.

With the introduction of new statutory forms, and the recent case of Re XZ EWCOP 35, LPAs are very topical.

In Re XZ, Lush J ruled that a donor does have the right to enforce a number of conditions on their attorneys as to when and how the LPA may be used.

In the case of Re XZ, the donor, under an LPA for property and financial affairs, appointed three friends and business associates as his attorneys. He set in place several safeguards to prevent them from making rushed decisions during a period of incapacity or doubt of capacity.

The Office of the Public Guardian (OPG) refused to register the LPA on the basis that such conditions unreasonably restrained the attorneys’ power to act and, therefore, was ineffective as an LPA.

The OPG established its position by citing sch. 1, paragraph 11 (3) (b) and 11 (4) (a) (b) of the MCA 2005, which states that the OPG must not register an instrument containing provisions that would be ineffective as part of an LPA.

This was challenged by the drafting solicitors, who applied to the Court of Protection (COP) for a declaration that the LPA was valid, and sought an order for the OPG to register it.

Lush J accepted the submission of XZ’s counsel that “it is no part of the OPG’s statutory duties to police the practicality or utility of an individual’s aspect of an LPA” and subsequently ruled that the OPG had no right to make a “paternalistic judgement on behalf of the wealthy donor”. The LPA was subsequently registered with the OPG.

The decision in Re XZ fundamentally confirmed that a donor is free to decide on the conditions they wish to include in an LPA, regardless of whether they are considered to be unworkable or not. It is therefore not for the OPG to consider whether restrictions are workable but to consider if such conditions are lawful only.

China set to loosen one-child policy
This site uses cookies. Find out more. Continued use of this site is deemed as consent.   CLOSE ✖