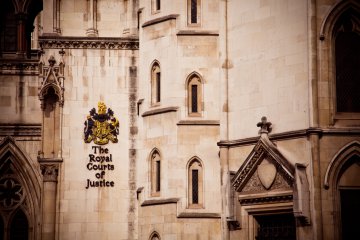 The revelations which appeared on the website Everyone’s Invited have shocked us all. The country’s attention is now fixed on how this has happened.

The number of testimonies, covering a range of both private and state schools, totals over 10,000 – a stark figure.

It is clear that safeguarding and reporting measures across many schools will need to be reviewed. Perhaps the larger, and far more difficult question, is why this abuse was perpetrated in the first place.

Various explanations have been offered, from the consumption of pornographic material to an inspectorate that is not fit for purpose. Beyond this, however, there is a recurring term that points at a wider issue: "culture".

Whether in the assertion of Soma Sara, founder of Everyone’s Invited, that "Rape culture" was a problem for all schools or Labour leader Sir Keir Starmer’s call for a "cultural change in terms of behaviour in our schools and in our young people", attention is increasingly being paid to the environments in which these students have grown up.

This repeated reference is both telling and crucial - while strengthened safeguarding measures may prevent abuse at a later stage, the root of the issue remains. A wider look at children’s circumstances, and the values which they learn, and acquire, is likely needed.

Thankfully, this idea seems to be gaining incremental support and that is just one of the many reasons why yesterday’s judgment in the case of RE H-N and Others (children) (domestic abuse: finding of fact hearings), is so important.

Linking four appeals related to family law proceedings and the welfare of children together, Re H-N and Others (children) (domestic abuse: finding of fact hearings) is expected to have a significant impact on how the family courts treat allegations of domestic abuse, and in particular, coercive and controlling behaviour.

The 47-page judgment covers a lot of ground but one paragraph, viewed in the light of Everyone’s Invited, is perhaps particularly illuminating.

While discussing the inclusion of coercive and controlling behaviour as part of the definition of "domestic abuse", the judgment goes on to assert that it therefore follows that "harm to a child in an abusive household" is not limited to violence, whether it is enacted on the child or the parent. Instead, the judgment states "A pattern of abusive behaviour is as relevant to the child as to the adult victim".

The judgment goes on to name examples in which a child could be harmed by abusive behaviour.

Encompassing witnessing violence, the creation of an atmosphere of fear within the home and the potential for the victim to be unable to give priority to the needs of the child, the judgment also touches on something wider - how living with an abusive parent could shapethe values the child grows up with.

Abusive behaviour, it states, by way of one example, "Risks inculcating, particularly in boys, a set of values which involve treating women as being inferior to men."

This marks a crucial step forward in the way the court views domestic abuse and, crucially, how it can affect children’s development.

Alongside ensuring the experience of the child is recognised directly, the effects of domestic violence are no longer solely viewed in the short term.

Instead, the definition aims to encompass something far wider: how this abuse may impact the child’s values, and future behaviour patterns and, therefore, their view of personal relationships and their behavior within them.

Whether abusive or otherwise, awareness of the effect of external forces on children’s development is a vital step forward and one that must be supported.

Further attempts to analyse how children’s development is affected are therefore deeply necessary.

Whether in the family court or in an attempt to explain how such widespread abuse could have occurred within our schools, we must understand the factors which influence children’s value development and incorporate this into any safeguarding measures going forward.

In this light, and in many others, the Court of Appeal’s decision is a most welcome step forward.