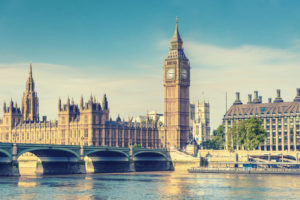 In February a bill to create equal civil partnerships reached its second reading in the House of Commons. If successful it would open the option of civil partnerships out to heterosexual couples. The bill has given voice to a growing chorus that began when Rebecca Steinfeld and Charles Keidan launched their case for heterosexual civil partnership four years ago. Since then the Equal Civil Partnerships Campaign has been fighting for their cause. I had a discussion with the ECP Committee about their motivations behind the campaign, and what hope they had for change. This is what they said.

How did your campaign start?

Rebecca Steinfeld and Charles Kiedan have been together since 2010. In September 2014, they sought to give “notice of intention” to enter into a civil partnership as they felt that this was the best form of legal relationship which encapsulated their situation and values. However, they were refused by the registrars at Chelsea Old Town Hall as, of course, civil partnerships can only be entered into by same-sex couples. They were both very involved in the campaign for equal marriage and felt very strongly that here also is discrimination to be challenged and so began the fight for equal civil partnerships, allowing mixed sex couples also to have the choice of civil partnership or marriage. By the end of the year, they had launched the legal case and the petition, together with fundraising using GoFundMe.com to pay for the campaign.

The Government won the case in the Court of Appeal, if narrowly. How confident do you feel that the bill currently going through parliament will be successful?

It already is successful in that it has passed its second reading and is now at committee stage. What the bill actually requests is that further detailed and serious investigation is carried out into the need and advantages of equal civil partnerships. It would have been even better if the bill was a straight-forward commitment to equal civil partnerships but we’re confident that once proper research is carried out, the Government will realise the support that’s out there and the end result will be the same.

Incidentally, whilst the Government did win the case in the Court of Appeal, it was on the basis of allowing it time to decide the status of civil partnerships whilst confirming that the current imbalance in law cannot be allowed to continue indefinitely. Permission has been given to take the case to the Supreme Court and it will be heard in May.

Not everyone who gets married has a big white wedding. Is there really any difference between a civil partnership and a civil, non-religious ceremony at a registry office?

There are still some aspects to a wedding, no matter how low-key it is, which maintain links to a patriarchal past- for instance the fact that the marriage certificate contains the names of the fathers of the couple and not the mothers. This, incidentally, is also one of the changes included in Tim Loughton’s Private Members Bill which includes equal civil partnerships.

For many, including Charles and Rebecca, the historic baggage and associations of marriage are uncomfortable. We are not fully at a place where there is no emotional or cultural difference between civil partnerships and marriage.

However, since starting this campaign, we have talked to many other couples who want a mixed sex civil partnership. There are over 3 million cohabiting couples in the UK and they all have their reasons for choosing cohabitation over marriage and not all of them are the same. We have heard from couples who have unhappy past experiences either through parents’ marriages or their own; couples from different religions and cultures who would face huge pressure and difficulties in getting married; couples who might plan for a large celebration in the future but currently just want to ensure financial and legal protection for their lives together. We don’t judge people’s reasons for wanting a civil partnership; we accept that they should have a right to the legal relationship of their choice.

Have you met with any opposition as a result of your campaign?

Very little. Rebecca was recently interviewed with Harry Benson from the Marriage Foundation on the day that the second reading of the Bill was held. We think Channel 4 expected there to be fireworks but it was a very happy, friendly discussion. What they want is to promote strong lasting relationships, particularly for the benefit of children. It is not in dispute that marriage and legal relationships do that and so we are not in opposition to them. They recognise that couples who want civil partnerships will not choose them in preference to marriage; they will choose them in preference to cohabiting with no legal protection.

Marriage law is built around sexual relationships. What do you think about Peter Tatchell’s suggestion of a civil commitment pact, which offers partnership recognition and reciprocal rights regardless of whether people are in a romantic or sexual relationship?

Peter is a very good friend to equal civil partnerships as he is to all causes of equality. We have sympathy for what he has suggested but it is not quite the same as our cause and it would be wrong of us to comment on these wider issues of family law.

Interestingly, one difference between civil partnerships and marriage is that the former does not presume to dictate a sexual relationship. Marriage can be annulled on the grounds on non-consummation and divorces can be granted with adultery as a cause.

What do you think take-up of civil partnerships would be, if it were opened up to straight couples?

There is, quite obviously, the demand out there for civil partnerships. We have a change.org petition running which is currently at nearly 125,000 signatures. This is significant in itself but what is more significant is that nearly 45,000 of these have come in the last month, that is after the vote on 2nd February. This might be because of the greater publicity around it highlighted it as a possibility; it might be that the outcome of the vote – providing greater study of the option enthused supporters to show that the demand was out there. Either way, it proves that if the possibility of mixed sex civil partnerships is on the table, it will be chosen by some of the 3.3 million couples currently cohabiting in Britain.

Isn’t it problematic to colonise something that was designed to be mollification for gay couples at a time when they were denied the opportunity to marry?

It is our understanding that while certainly some might feel that civil partnerships were designed as a sop before giving same sex couples the rights to a marriage, many patently see it as an institution in its own right and equally valid, as indeed we do. Although in the UK context civil partnerships were established exclusively for same-sex couples, civil and registered unions and partnerships exist globally to provide recognition and rights to those who want them without having to marry.

Despite the fact that same sex couples have been allowed to marry since 2014, there are still substantial numbers choosing a civil partnership – nearly 900 couples each year, according to the latest statistics available. We have also been contacted by many LGBT+ supporters who have or want to have a civil partnership themselves and can see no reason either to deny mixed sex couples that choice or to be prevented from enjoying it themselves.

The analogy we are very fond of at the moment is that the house of civil partnerships has already been built, at expense and confirming to all laws. It is a good house and the people who choose to live in it are happy. Rather than knocking it down, we are asking for the sign on the door to read all welcome, not same sex partners only.

Would it be accurate to characterise support for your campaign as cross-party?

It absolutely would. If you look at the list of supporters on our website – www.equalcivilpartnerships.org you will see that we have MPs listed across the board as well as official endorsement from the Labour, Liberal Democrat and Green Parties. It is, of course, a Conservative MP, Tim Loughton, who is bringing the bill.

Can you be a feminist and married?

Of course. One of the reasons that we don’t conflict with organisations such as the Marriage Foundation is that we are not anti-marriage. It is not, however, the right institute for everyone and we would like all couples, mixed and same sex to have the opportunity to express their relationship in the terms that they feel suit them best. Surely it’s a little mean-spirited for anyone to deny that?

Some commentators have argued that heterosexual, long-term couples are privileged enough. Why should this campaign be made a priority?

There are around 3.3 million couples cohabiting in the UK. That’s a lot of couples who have no legal or financial rights, who are currently unable to benefit from tax, inheritance and pension rights that would accrue to them if they were married and who cannot actually be called each other’s next of kin, able to make final decisions or even to sign death certificates in the worst case. There are nearly 2 million children living in cohabiting households so that’s a lot of children. We’re hearing of couples who have to sell the family home to pay inheritance tax after one partner dies and fathers unable to take automatic parental responsibility for their own children if they were born before 2003. Contrary to popular misconception, there is no such thing as a common-law marriage in UK law. At a point where a relationship ends, through separation or death, there is no legal entitlement for assets or wealth to be shared which can result in long legal battles and children left in poverty.

Equal Civil Partnerships are an opportunity for couples who don’t wish to marry to secure their relationship in a legal sense, providing protection and stability for themselves and their children.

MPs call for grandparents' rights
This site uses cookies. Find out more. Continued use of this site is deemed as consent.   CLOSE ✖