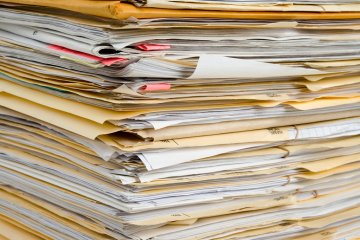 On 16 January 2014, the President of the Family Division, Sir James Munby, issued new guidance relating to the publication of judgments in the family courts and the Court of Protection.

In the guidance he writes:

’In both courts there is a need for greater transparency in order to improve public understanding of the court process and confidence in the court system. At present too few judgments are made available to the public, which has a legitimate interest in being able to read what is being done by the judges in its name. The guidance will have the effect of increasing the number of judgments available for publication (even if they will often need to be published in appropriately anonymised form).’

The guidance applies only to judgments delivered by certain judges, namely Circuit judges, High Court judges and persons sitting as judges of the High Court.

The first class covers all judgments in which the judge concludes that publication would be in the public interest, and whether or not a request has been made by a party or the media. However, where a judgment relates to a particular matter – set out in schedule 1 or 2 of the guidance – such as an order involving the giving or withholding of serious medical treatment, the making or refusal of a final care or supervision order, or a substantial contested fact-finding hearing involving serious allegations, it is held that as a starting point, permission should be given for publication unless there are compelling reasons not to.

The costs of transcribing judgments in this class will be a public expense unless they fall under schedule 1 or 2, in which case the costs with be borne equally by the parties to the proceedings.

The second class covers all other cases that do not fall into the above class. In these instances, the starting point is that permission may be given for publication whenever a party or an accredited member of the media applies for an order permitting publication, and the judge concludes that permission should be given.

The costs of transcribing judgments in the second class will be borne by the party or person applying for publication of the judgment.

The guidance is set to take effect from February 2014. However, Sir James Munby proposes to take an incremental approach, with further guidance being issued in due course, followed ultimately by formal practice directions and changes to the Family Procedure Rules 2010.

Social media and divorce in the 21st century
This site uses cookies. Find out more. Continued use of this site is deemed as consent.   CLOSE ✖