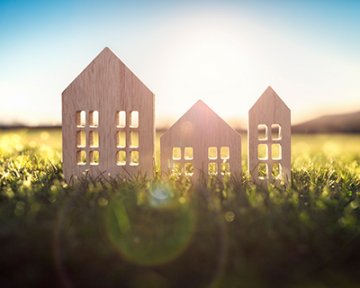 A judge has ruled that 53 year-old property developer Stephen Farrer will not receive any of the net profits from the sale of a £1 million house he shared with his former partner.

Mr Farrer met Kirsty Cahill, 20 years his junior, when she was still at school and they share three children. However, the court heard that, after being “stung” by a previous divorce, the businessman refused to marry Ms Cahill, despite the latter’s worries regarding her lack of financial security.

Judge Nigel Gerald described the pair’s relationship as “rather old-fashioned”, and “traditional”, with Mr Farrer assuming the responsibilities of the breadwinner, whilst Ms Cahill cared for their children by way of an allowance provided by her partner. This, coupled with the fact that Ms Cahill left school without any higher education qualifications, rendered her incredibly financially vulnerable.

The court also heard how Ms Cahill had suffered public humiliation at the hands of Mr Farrer when on Christmas Day 2009 he proposed to her “in front of the whole family”, before telling her that he had no intention of marrying her.

Judge Gerald deemed Mr Farrer “relatively shameless in the approach which he adopted towards Ms Cahill”. The judge also remarked that Mr Farrer’s courtroom claim that he was in part reluctant to marry “in case somebody else better came along”, indicated a “tendency to dominate and humiliate”.

“If something happened to Stephen, for example death or becoming very ill, or if he decided to leave me, or I decided I would like to leave him, I would be left in a very financially precarious situation”.

As Mr Farrer was unwilling to provide marital security with Ms Cahill, in 2007 he instead put nearly £140,000 into a Colliers Wood property, then worth £500,000, under her name solely.

However, according to the Daily Mail, Mr Farrer “insisted he had only put the house in her name to make it easier to get a mortgage”.

Judge Gerald rejected this assertion, stating “Whilst Ms Cahill has been an honest and straightforward witness…Mr Farrer has not been”. He awarded Ms Cahill £296,000 -the entire net profits from the house, which sold for £810,000 last year and is now valued at over £1 million.

The ruling comes just days after the Office for National Statistics revealed that cohabiting couple families are the fastest growing family type in the UK, whilst marriage rates continue to decline. In light of this trend, it’s worth reiterating that in the UK there is no such thing as a common law spouse. At present, cohabiting couples are not afforded legal rights against each other, and whilst a Cohabitation Rights Bill has got as far as a second reading in the House of Lords, it is looking increasingly unlikely that this Bill will progress any further.

As trainee Vardags solicitor Chloë Wake explained last week, the Bill could have established “a framework of rights and responsibilities to provide basic protection for cohabitees”, enabling “couples who have lived together for at least two years, or who have a child together, and who had become dependent on their partner financially to make legal claims against each other in a similar manner to divorcing couples”.

Such a bill could have enabled both Mr Farrer and Ms Cahill to ensure that, upon the demise of their relationship, both parties would receive an equitable share of assets, regardless of their marital status.

Foster parents lose appeal for custody of child removed under Indian Child Welfare Act
This site uses cookies. Find out more. Continued use of this site is deemed as consent.   CLOSE ✖