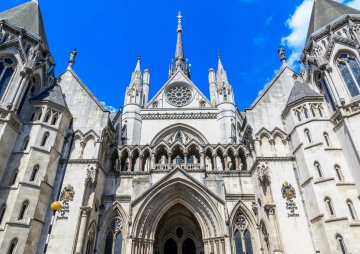 As attitudes towards divorce continue to change, the courts are realising that the approach to proceedings must also move with the times. Recently, there have been steps towards amending the Family Procedure Rules, de-linking divorce and financial procedures and facilitating online divorce. Here is a summary of what changes to expect in the near future, and what impact they might have:

As was announced on 17 July, the Family Procedure (Amendment No.2) Rules 2017 shall come into force on 7 August 2017. The changes include a redesign of the divorce petition and a change in the verification of petitions. Instead of a signature, petitions will now require a statement of truth. As a transitional period, the old petition can be used from 7 August 2017 until 4 September 2017, but after that the old petition will be rejected by the court.

The other changes which were announced, to be implemented from 8 August 2017, are a redesign of the Answer to the petition, a requirement for the court at FDA to list an FDR, and a rule that applications for Part III MFPA 1984 Applications must be made, and determined, without notice to the respondent unless the court decides otherwise.

One major concern that may arise if an old petition is lodged instead of the new one is that this will not secure jurisdiction. This could prove fatal in a jurisdiction race and it is therefore up to practitioners to be vigilant of which form they are using.

A key element of Sir James Munby’s guidance on the question of divorce procedure has been his emphasis that primary statutory reform is necessary. While he has previously criticised the government’s ‘procrastination’ with regards to divorce reform, he has also commented that it would be better to delay the full implementation of online divorce, a key step in the streamlining process, until the reformed law has a more definitive shape. However, while warning that ‘we cannot allow the pressing imperatives of procedural and digital reform to be delayed’ he has also noted that ‘absent clear decisions from government in the reasonably near future, we have to proceed with reform on the basis of the existing statutory regime’. Therefore, if the law will not change, it is clear that change must be rendered upon it.

The new online divorce pilot project is a streamlined version of the current divorce petition, and was designed with litigants in person in mind as it appears to require very little legal knowledge to complete. Therefore, while petitioners should still take advice regarding the facts of the divorce, particularly in light of the introduction of a statement of truth, it would be feasible for a litigant in person to complete the form without a solicitor’s assistance.

However, potential concerns regarding this new format may be the lack of signposts to direct a petitioner to discuss the fact upon which they wish to rely in the divorce with the respondent, and that the petitioner may not know to apply for the cost of the proceedings. Litigants in person may benefit from further guidance in the petition regarding these areas.

While the true impact of the test pilot remains to be seen, there are several possible consequences to its success. If the divorce and financial proceedings truly are separated, and individuals can handle their divorce matters themselves, this could result in a huge rise in litigants in person, and a huge drop in legal fees for overall cases. Similarly, there could also be a decrease in the bureaucratic pressure on the family courts through the removal of unnecessary paperwork. However, there must also be a note of caution. If the petition is still the means by which jurisdiction is decided, it would still clearly be preferable for solicitors to be involved from the outset, rather than be brought in at a later stage to correctly a wrongly completed petition. On the same note, whilst there may be increases in efficiency regarding divorce proceedings, there may also be a certain amount of extra work created through mistakenly completed forms. The real success of the online pilot will therefore only be evident in the context of its wider impact on the courts.

Sir James Munby has suggested that what is truly required is a formal, legal and procedural separation of divorce and money, and financial claims to be dealt with ‘in accordance with a single set of rules providing, so far as possible, for a common form of application, a common set of forms, a common process and common procedure.’ Such a separation would undoubtedly clarify and simplify the current legal process, and Sir James Munby’s warning is also pertinent in the face of the online divorce pilot currently in play. What is needed is not simply an electronic version of the forms but rather a new, simpler and clearer system to do away with needless bureaucracy. The government has been slow to provide the necessary statutory changes, but it can be hoped that the test pilot will prove successful and remove some of the unnecessary strain on the family courts so that the true battles, may be fought fairly and with the courts’ full attention. Some cases take years to come to resolution, and this presents an unfair situation where parties are forced to endure extortionate legal fees. In speeding up this process, the courts can ensure that each case is handled proportionately to the time it requires, and as speedily as possible, avoiding the terrible limbo that some parties find themselves in while waiting for their divorce and financial proceedings to be finalised.

The rules governing the practice and procedure relating to family law.

Usually the second hearing in financial proceedings, where the judge gives an initial indication and parties are encourage to negotiate around it.

A person who does not have legal representation and instead represents themselves throughout proceedings. A LIP may be assisted by a McKenzie friend.
“Ayesha Vardag - Britain’s top divorce lawyer.”

A closer look at the court's role in preventing child radicalisation in A Local Authority v HB
This site uses cookies. Find out more. Continued use of this site is deemed as consent.   CLOSE ✖