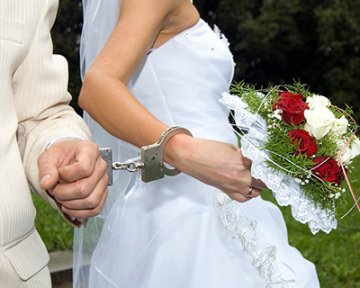 Her Honour Judge Hudson, sitting in the Family Court at Newcastle-Upon-Tyne last month, ruled that an ex-husband and his new wife be sentenced to prison for contempt of court for breaching financial orders made in financial remedy proceedings after his long marriage broke down.

Committal proceedings began in July 2015, and last April’s hearing was Sharon Trott’s third attempt to commit her ex-husband, Andrew Trott, for breaching financial orders. On 11th December, also before HHJ Hudson, deficiencies in the material provided and a general failure to comply with Practice Direction 27A meant the hearing was adjourned. On 4th March 2016 Lisa Trott, Andrew Trott’s new wife, was added as a co-respondent to the proceedings. Both respondents requested time to obtain legal representation, so the hearing was adjourned again.

Finally, HHJ Hudson heard the committal application on 29th April 2016. In a statement to the court, both Andrew and Lisa Trott admit to breaching the various financial orders.

Andrew Trott failed to comply with two court orders. The order pursuant to s.37 Matrimonial Causes Act 1973 (MCA 1973) dated 7th October 2014 prevented Mr Trott from disposing of several matrimonial assets including a Mercedes, and was ordered to pay £8,000 from the net proceeds of sale of a caravan to the solicitor. A further order dated 30th April 2015 prevented Mr Trott from disposing of monies from the sale of his shares in a taxi company. Penal notices were attached to both orders.

Lisa Trott was the subject of an order dated 7th December 2015 regarding the disclosure of bank statements and evidence of the purchase of property at Flamingo Island. The order was made due to a deficiency in disclosure by Andrew Trott during proceedings.

Lisa Trott breached this order and failed to attend the hearing in December. Although she has now complied with the order and provided the required bank statements and documents to the court, she claims that her earlier breach “must be seen against the background of the highly acrimonious proceedings in which there has been, she says, overt hostility towards her from Sharon Trott.”

Andrew Trott, in breach of the orders, sold the vehicles, and failed to pay £8,000 from the sale of the caravan to the solicitor. In his statement to the court, Andrew Trott claims that the sale of the vehicles was agreed with the applicant, Sharon Trott, in order to buy a vehicle for their son, and that she also agreed to not handing over the £8,000. Therefore, he argues that this breach “must be seen in a different context because of Sharon Trott’s agreement that he would sell the vehicle.” The applicant admits to agreeing to the sale of the vehicles, but denies agreeing to not giving proceeds to the solicitor.

Andrew Trott’s shares in City Taxis were sold for £100,000, and the money invested “in other business ventures which has enabled him to continue to make payments in respect of the mortgage on the former matrimonial home and to maintain his new family” in direct breach of the order.

Lisa Trott was the subject of an order to “assist the court” in ascertaining the true value and nature of the assets in this case, and to calculate where some of the assets had gone. HHJ Hudson stated that non-compliance with the order constituted “contempt of court”. Lisa Trott admitted to the court in her statement that she breached the order, and subsequently provided the required material, claiming her lack of legal representation “resulted in her failing to understand the potential implications of her actions and indeed the importance of her compliance with court orders.”

Andrew Trott’s breach of orders, selling the Mercedes and motorhome and not paying the £8,000, is identified by his solicitor as “the less significant breaches” as they are of “a lesser magnitude, both in monetary terms…and the circumstances.” By contrast, the shares in City Taxi are “of a much more serious magnitude in terms of the amount involved and the overall circumstances of the breach.” The respondent was in breach of earlier injunction orders, which is admitted, and he accepts that he was in contempt of court.

The respondent’s Counsel submits that the funds would be available for distribution in due course, and that although the breaches as described cross the custody threshold, he asks that the sentence be suspended.

“I have taken all of these factors into account when I have considered the appropriate penalty in respect of Lisa Trott and Andrew Trott. Any breach of a court order is a serious matter; a contempt of court. I have highlighted…the qualitative differences I see in the breaches on the part of Lisa Trott and those of Andrew Trott. In the case of Andrew Trott, I have considered the more serious nature of the final breach in terms of its repeat nature and the magnitude of the sum involved.”

HHJ Hudson concluded that the breaches made by Lisa Trott were not significant enough to meet the custody threshold. However, the judge was critical of Lisa Trott’s conduct throughout proceedings, stating that she “demonstrated a complete disregard for the orders of the court.” Therefore, HHJ Hudson ruled that short term period of 14 days in custody was appropriate, suspended for 12 months to deter her from non-compliance with any future orders during these proceedings.

“I am mindful of the approach of the court to draw back from imposing an immediate custodial sentence in appropriate cases, particularly where the court is dealing with a first breach. In sentencing for contempt, the court is both punishing the contemnor for the breach and seeking to ensure compliance with future orders.”

The judge then considered the breaches made by Andrew Trott, determining that each of them were crossed the custody threshold. It was accepted that Sharon Trott, on the balance of probability, likely agreed to the sale of the vehicles, however this was still in breach of the order and the respondent was aware of the penal notices attached to the orders. The judge therefore ordered “that a period of committal of 28 days in respect of each is appropriate.”

The “most serious breach” was regarding the shares in City Taxis due to the amount involved and the circumstances in which the sale occurred. Although Mr Trott’s Counsel claim the resources are still available, “that is a matter which will be determined by the district judge in due course.” HHJ Hudson therefore ordered three months in prison for this breach, and refused to suspend the sentence.

“I have considered whether these sentences can be suspended…In the light of the gravity of the circumstances of the three breaches seen together and their repeat nature, I have concluded that, together, they are not sentences which can be suspended. I therefore impose an overall sentence of three months, those sentences each to run concurrently.”

How can I pay my lawyers?
This site uses cookies. Find out more. Continued use of this site is deemed as consent.   CLOSE ✖