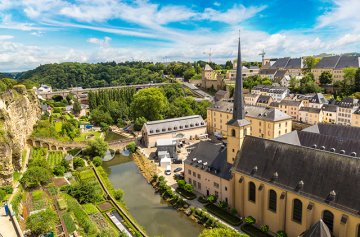 High profile divorce cases naturally attract a lot of media attention. However, the parties involved do not always agree on the amount of information they would like to publicly disclose. There has been a push for more transparency within the family courts and judges are encouraged to allow the press to attend, although orders can be made to restrict what can be published.

Following confirmation that Princess Tessy and Prince Louis of Luxembourg will be launching their financial proceedings in the London courts, an application was brought before Mr Justice McDonald in the High Court by Prince Louis to limit what the Princess could publish about the proceedings.

Per the judgment, though the Princess agreed that a reporting restriction order should be in place, she wanted to ensure that it did not prevent her from disclosing certain information to the public in order to dispel various negative rumours circulating in the press. She specifically requested to be able to disclose “the bare terms of her open offer” to Prince Louis and some details about ownership of the former matrimonial home. Prince Louis, whilst acknowledging that some of the press attention had been unfair on Princess Tessy and had amounted to a “personal attack”, argued that the restriction should place a complete ban on the publication of any information concerning the children or the financial arrangements of the parties, including the information which Princess Tessy wished to disclose.

It was made clear by Prince Louis that, although he “questions the wisdom in doing so”, it is Princess Tessy’s choice if she wishes to discuss her personal motivations and feelings with the media. He was not seeking to restrict the disclosure of information independent of the proceedings and his barrister explained that the Princess could “state publicly and in very general terms that she wants a fair settlement and has made offers to try to achieve this”. He was, however, concerned that intimate details would be revealed about the parties’ finances and also regarding their personal lives and children. He relied on the Court of Appeal decision in Clibbery v Allen and submitted that financial and other personal information, when disclosed pursuant to the duty to give full disclosure, must not be reported when referred to at a hearing because of the existence of an implied undertaking not to use such documents for any purpose other than for the proceedings. The existence of such an undertaking would mean that the information would have to remain confidential, and therefore could not be published.

Mr Justice MacDonald said that it is uncertain whether the bare arrangements and figures comprising Princess Tessy’s open offer and the information concerning the family home would themselves be subject to the implied undertaking, as they are neither compelled nor are they information belonging to the husband. Instead he considered the Article 8 right to respect for private life against the Article 10 right to freedom of expression. Regarding Article 8 rights, he explained that these are engaged with respect to all of the information in question, even if only the bare facts are revealed. He also discussed the importance of the Article 8 rights in these specific circumstances and highlighted that, although the couple are members of the Luxembourg Royal Family, they have no official public role either in Luxembourg or in this jurisdiction. They are therefore private individuals and neither party has, so far, sought to litigate any personal disagreements in public.

The negotiations will be “sensitive and complex” and the judge noted that it is important that they take place without “undue pressure” from external influences that “could disrupt or derail the delicate process of compromise”. He also highlighted that the Article 8 right to respect for private life of the children should be carefully considered and “the stability of the children’s circumstances should be preserved to the greatest extent possible”. Regarding Article 10 rights, Mr Justice MacDonald acknowledged that preventing Princess Tessy from publishing the information she wishes to disclose would constitute an interference with her right to freedom of expression. Indeed, it would also interfere with the right to freedom of expression of the media. The judge justified this interference by stating that it is undesirable to have these sensitive negotiations taking place “in the glare of publicity”. The parties may be strongly influenced by the public’s views on what is a fair offer and this could have a negative impact on any negotiations. He therefore concluded that, on balance, he was satisfied that the Article 8 right outweighed the Article 10 right.

Mr Justice MacDonald decided that a reporting restriction order should be made and that the order should prevent Princess Tessy from publishing the terms of her open offer and also the information concerning the family home. Although he had “a degree of sympathy” for Princess Tessy, he ultimately concluded that “it is vital that the court safeguards the integrity and efficacy of all aspects” of the proceedings in order to ensure the proper administration of justice. Publishing the information Princess Tessy wishes to disclose would, in the judge’s opinion, undermine this administration. He did, however, make it clear that this restriction does not prohibit Princess Tessy from addressing the negative statements made by the press and stating publicly that she wants a fair settlement and has made a fair offer. There is a difficult balance to be maintained between the privacy of the individuals and transparency within the family justice system but, in this case, it was found that the publication of sensitive information could negatively affect the outcome of the financial proceedings.

New research from the Law Society suggests that restoring legal aid “could save cash”
This site uses cookies. Find out more. Continued use of this site is deemed as consent.   CLOSE ✖