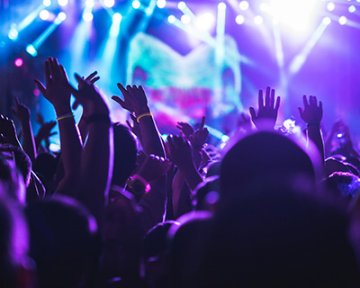 A week ago, the family of late superstar Prince bid their final farewells in a private ceremony in the singer’s native Minneapolis. Sadly, this is unlikely to bring his loved ones much closure - according to papers filed by his sister Tyka Nelson, Prince died without executing a will, and the fate of his fortune will likely be determined under intense media glare.

The absence of a will is going to have costly ramifications for the potential beneficiaries of Prince’s estate. As the LA Times reports, “his heirs — whoever they are — will pay a hefty estate tax that could have been minimized with a sensible estate plan that included charitable giving.”

So, what kind of numbers are we looking at? Forbes outlines an eye-wateringly expensive possible outcome:

With a maximum federal tax bill of 40% and a maximum state tax of 16%, the taxes temper out to a 50% tax bill. For an estate worth a reported $300 million by current estimates, it could be paying up to $150 million in taxes”

No will also means no appointed executor. On Tuesday, Tyka Nelson filed a petition to Minneapolis probate court to request an emergency Special Administrator to deal with Prince’s estate. In the court filing, Nelson claims that Bremer Trust, National Association, as an affiliate of Bremer Bank, which “provided financial services to the Decedent for a number of years” is “in the best position of any corporate trust company to protect the Decedent’s assets.” A Carver County judge subsequently appointed Bremer Trust, National Association as the Special Administrator. In doing so, the judge has given the trust the authority to manage Prince’s assets and to determine Prince’s heirs.

Who could inherit Prince’s estate?

Minnesota intestacy law dictates that if like Prince, an individual dies without a surviving spouse, the intestate estate will pass to his or her direct descendants - i.e. children or grandchildren. Aside from a son who died during infancy, Prince had no children. In cases like this, the estate would normally pass to the parents. However, as Prince’s parents died in 2001 and 2002 respectively, his estate automatically passes to his siblings. Tyka is Prince’s only full sibling, but he has five living half-siblings, which are treated as equal to full siblings under Minnesota law. These siblings may well have competing needs or expectations when it comes to their potential share of Prince’s estate, which could make what is already an incredibly difficult time all the more emotionally exhausting.

The fact that an artist as wealthy as Prince died without writing a will may seem hard to believe and indeed, it’s still possible that one could turn up. However, if this doesn’t happen, Prince certainly wouldn’t be the first high net worth celebrity to die intestate. Pablo Picasso, Bob Marley and Amy Winehouse all passed away without wills. Although Prince’s cause of death is yet to be determined, like Winehouse before him, it is thought likely that his death was sudden and unexpected. Furthermore, despite being three decades older than Winehouse, at 57 Prince was still relatively young. Too young, he perhaps thought, to confront his own mortality.

Yet hard as accepting the prospect of death may be, estate planning not only ensures your loved ones and prized possessions are taken care of in accordance with your wishes, but also relieves your relatives of an emotional burden.

With a vault of approximately 2,000 unreleased songs up for grabs, the Purple One’s dazzling legacy will live on. But who will take charge of this legacy remains, as of yet, a mystery.

Limbo in Lebanon: mother charged with kidnapping own children urged to accept custody deal
This site uses cookies. Find out more. Continued use of this site is deemed as consent.   CLOSE ✖