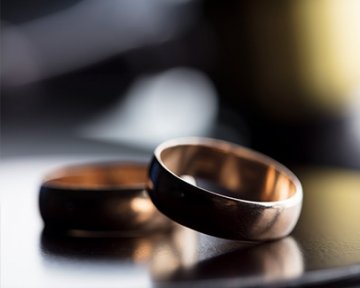 On Wednesday, the news broke that Lisa Marie Presley, singer-songwriter and daughter of Elvis, has filed for divorce from guitarist Michael Lockwood after 10 years of marriage. Since then, however, Ms Presley has reportedly amended the filing and is instead requesting a legal separation. This begs the question, how do divorce and legal separation differ? Is the distinction primarily a matter of semantics, or are there more complex considerations at play?

In the case of Lisa Marie Presley, we can only speculate on what caused the star’s change of heart. Ms Presley’s lawyer, Ronald Litz did however quell any suspicions that the amendment meant the couple would reconcile. “They’re not trying to work it out and get back together…She’s done,” he told People magazine.

Litz’s cites Mr Lockwood’s financial recklessness as a major cause of the split, claiming that his client’s husband was responsible for managing the couple’s assets throughout the marriage but “didn’t do what he should have done on a fiduciary basis.”

Ms Presley and Mr Lockwood share seven year-old fraternal twin daughters, and a representative of Ms Presley had claimed that she was seeking full custody of the children. Ms Presley also has two adult children by previous ex-husband Danny Keough. After the demise of their relationship, she remarried twice -to the late Michael Jackson and actor Nicolas Cage, before wedding Michael Lockwood.

Perhaps then, after having gone through divorce proceedings three times prior to her split with Mr Lockwood, Ms Presley decided that a legal separation agreement was better suited to her family’s needs or beliefs, be they financial, religious or otherwise.

What is legal separation?

A legal separation, otherwise known as a judicial separation, is an alternative to divorce whereby a court declares a couple legally separated. Unlike divorce, legal separation does not dissolve the marriage and thus the parting couple can retain certain health and tax benefits.

Legal separation can also be a good option for couples who wish to separate but are opposed to divorce on religious or moral grounds. Nevertheless, it is a legally binding agreement that allows couples to resolve issues such as child custody, spousal support and the division of assets.

If you think that legal separation could be right for you, find out more here.

High Court refuses permission to publish Ben Butler judgment
This site uses cookies. Find out more. Continued use of this site is deemed as consent.   CLOSE ✖