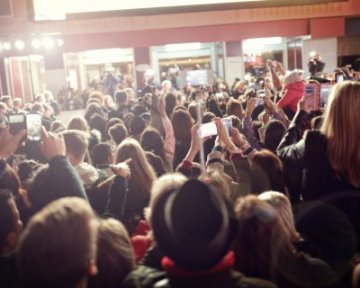 The divorce of Brad Pitt and Angelina Jolie has been a news sensation. The collapse of one of Hollywood’s most prominent couples was announced in a BBC Breaking News alert, and has generated countless headlines. For many, this divorce is another hot-gossip story, but for other high-profile figures it is a salutary lesson in the way the media reacts to divorce – and how to manage it.

Celebrities must be wary of how their divorce is reported. If they are seen as the party in the wrong, it can cause immeasurable damage to their reputation and earning potential. Heather Mills was famously derided following her split from Sir Paul McCartney, whilst the Prince of Wales’ divorce almost brought down the monarchy itself.

Any A-lister whose marriage comes to an end must be wary of the potential for this damage, and must act accordingly – whether it is ensuring a dignified silence or going on a PR offensive.

It is impossible to keep a divorce secret. The dissolution of a marriage is a fact of public record, and the hearing where the decree is pronounced will be open to the public and the press. The absolute publicity is, however, only limited to the fact that the marriage has been divorce and who the petitioner was.

Different judges take differing approaches to the issue of openness in the courts. In general, there is a great push for transparency within the Family Division and judges have been encouraged to allow press and public access. Should your case be particularly sensitive, it is possible to apply to the court for a specific order excluding the press. This, however, can be resisted not only by the other party, but also by the press themselves and can be a high burden to satisfy.

Where a judge does allow press access, rulings can still be made as to what the press can report. In particular, the court is very unwilling to allow details that can identify children to be printed. Additionally parties can request for certain details to be kept out of the press.

If such an application is made, it will engage a range of complex points – not just from family law, but also the Human Rights Act and privacy law. The court will have to balance the public interest in transparency of the family justice system against the individual’s right to privacy. This is often a delicate balance to strike and it is hard to guarantee that privacy will prevail. Even when the press are not allowed in court, they may be permitted to take photographs of parties arriving and leaving the court building.

For absolute privacy, it may be better to settle a case through arbitration. This is a binding alternative dispute resolution process, in which the parties appoint their own judge (usually a senior barrister or a retired judge) and agree to be bound by the decision of this private court. An arbitration can take place anywhere, for example at a lawyer’s offices or a West End hotel. The parties can agree that nothing can be reported outside, and since they can control the venue they can also reduce the risk of the paparazzi photographing them outside court. Family arbitration was pioneered by Vardags and has been useful to many of our most high-profile clients.

Though the rules about reporting court proceedings can be strict, both parties are able to tell their stories to the press provided they do not encroach on privileged or confidential material. As Brad and Angelina have shown, it can be important to manage story presented to the press.

The approach taken will, of course, depend on the circumstances of the case. For some couples, the separation can be handled in an amicable joint statement – best exemplified by the “conscious uncoupling” of Gwyneth Paltrow and Chris Martin. Other couples can see their entire break-up played out in print, broadcast and, increasingly, social media.

The public perception of the split can have a significant impact on future earnings. Neither party wants to see their reputation tarnished, and may want to project positive stories or rebut negative PR coming from the opposing side.

Often this will fit in with an existing PR strategy, however, during the course of divorce it is important that any media management is informed by the advice of family lawyers. Breaking court rules can lead to contempt proceedings, fines and even imprisonment, whilst any press story can be incorporated into evidence. The strategy adopted must be cohesive and focused on the long term best interests of the client.

Where a party is concerned about bad publicity, it may be necessary to take specific action in media law, either against their spouse or the press.

There are two main strands of media law – defamation and privacy. The former (which incorporates libel and slander) is used where false stories are used to denigrate a person’s reputation; the latter occurs where private or confidential information (which may be true) is misused by the press.

English defamation law is notoriously robust and offers great protection against malicious stories in the press. If your reputation is under attack it can be a vital tool in preventing the spread of untrue stories and in receiving compensation for any damage done.

Privacy suits are somewhat more complex, resting on the balance between your human right to privacy and the right to press freedom. Whether a privacy suit can be brought will depend on whether you have a reasonable expectation of keeping the information (which can include photographs) private and whether there is a public interest in it being made public.

If you are subject to defamatory or invasive press treatment, then you maybe entitled to financial damages. Of course, this is hard to quantify and can often come too late. For a pragmatic and proactive media strategy, it may be necessary to consider pre-publication injunctions.

Injunctions are court orders which prevent someone from doing something. In media law, they are used to prevent people from publishing or re-publishing stories which break the law. This allows you to pre-emptively strike against damaging stories. Such injunctions will be heard in private, and it is possible that even mentioning their existence can be contempt of court (so-called “super-injunctions”). This can prevent your reputation being tarnished by innuendo, even if the story cannot be printed.

It is important to remember, however, that the English approach to media law is very different to other jurisdictions. In a world of international media, judgments may not be able to be enforced overseas (especially in the USA) and the spread of stories on social media can make injunctions almost meaningless.

It is almost inevitable that those whose lives are in the public eye will find their divorce subject to the same scrutiny. If you are concerned about how the press will report your split, it is important to take a cohesive approach to the management of your legal case and management of the media.

Whether you want to have your say, or keep things as private as possible, it will take a combination of family law, media law and PR understanding to manage the situation. Vardags have significant experience in representing people in the public eye, helping clients to both court public opinion and avoid the spotlight. The firm’s experience at the nexus between media and family law can provide invaluable strategic assistance for celebrity and high-profile divorces.

As you move on to a new, independent life, your reputation will be an important part of that. The reporting of your divorce can make a huge difference to your public perception and future earning potential , it is vital that you manage it correctly.

Ayesha Vardag on the lack of politial force behind matrimonial law reform
This site uses cookies. Find out more. Continued use of this site is deemed as consent.   CLOSE ✖